cakap cakap....Nazifuddin Najib : Engkau ni budak belum bersunat lagi! I suggest you go mind your own business before we start turning our attention on what you are doing and expose some of the things you have been doing in the name of business! Faham tak?

PETALING JAYA: Mohd Nazifuddin Najib (pic), the son of Prime Minister Datuk Seri Najib Tun Razak, is disappointed with the non-stop attacks on his father, stating that this could adversely affect the country.

“This is because foreign investors will be wary of investing as they will think the country is not stable politically, causing the currency to drop,” he was quoted as saying in an Utusan Malaysia report on Monday.

Nazifuddin added that the attacks could make people willing to sacrifice the good of the country in order to bring down the Prime Minister, noting that all those who had made allegations against Najib had their own agenda.

“They should realise that the pressure is not helping but will worsen the country’s situation.
“I hope people are not easily influenced by rumours and think of the long-term implications on the country’s welfare,” he said during the launch of a cafe in Kuala Lumpur on Sunday.

That idiot father of yours put RM2.4 billion "donation" for UMNO (so he says) into his own personal account! Nobody knows about it - not his deputy, not Umno's treasure and certainly not Umno's members. Then when he is exposed for doing so by the media what does he do? Dia buat dunno aja! No explanation as to what he did with the money and , as always, he starts trying to cover up his misdeeds. Remember Port Dickson? Remember Altantuya? Remember his promise on ISA? Remember all those promises he made to do the right thing for Malaysia and Malaysians? Promises made but never kept! 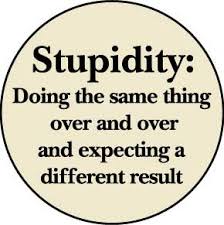 And who is to tell me that he did not spend any of that money on those shopping trip your mother took to Milan?

Don't tell me that no "donation" money was used to buy Hermes handbags and pay for those RM1200 hair sessions that damm mother of yours talk about!

Who is to tell me that he did not spend a single cent on that bloody expensive wedding of your sister recently?

And are you telling me that he did not use some of the RM2.4 donated to Umno to give you some "pocket money" in your business ventures? Or are you already a seasoned business man able to do multi million deals? Ptui!

Engkau ni budak belum bersunat lagi! Go read the blogs and what has been written about your idiot of a father by bloggers, medias and even world leaders! Buat kita malu aja! Amongst other things, your father is a liar and does not deserve to be a leader of any kind - especially not of my country.

I suggest you go mind your own business before we start turning our attention on what you are doing and expose some of the things you have been doing in the name of business! Faham tak?

Click here to read one article I did about you!