Costa Concordia had a coward as it's captain. We have a delusional Bugis Warrior, a thief and liar as ours! 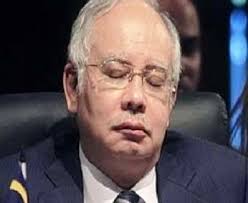 "This independence is the symbol of the peak of struggle, of the seriousness and courage of the Malays, Umno and BN component parties in building a nation state," he said.

"I would like to repeat here that once the sail has been unfurled, the anchor hauled in, there is no turning back for the captain and his crew. 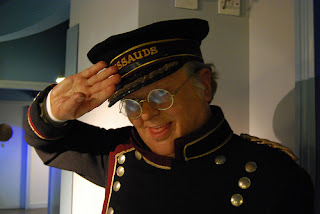 Huh....Najib calls himself Captain of the ship!

Remember the Costa Concordia's? The Italian court found the Captain guilty of steering his ship too close to the island because he wanted to show off to, amongst others, his mistress, who was on board the ship with him. He was found guilty of abandoning ship and blamed everyone but himself for the ship wreck. Nick named "Captain Coward" he was sentenced to 16 years imprisonment.

Let us not allow Malaysia to meet the same fate as the Costa Concordia.

In Najib Razak we have a delusional Bugis warrior, a coward, a liar, a thief and a moron of the first degree as captain of our Ship.
We better help ourselves for God never will!
Posted by STEADYAKU47 at Monday, August 31, 2015