Bersih 4 : Bernard aka Zorro Unmasked would want to be there! He tried to make the world a better place...so should you! 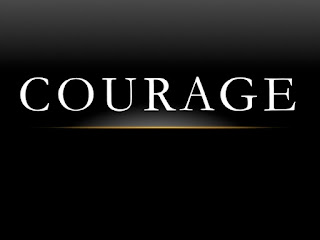 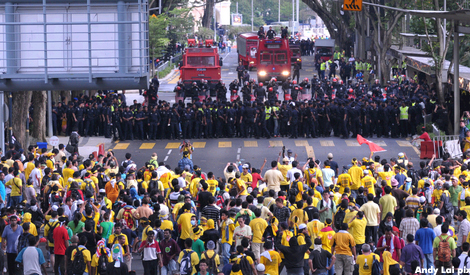 For those of you who question the wisdom of putting your physical self in harms way as PDRM does the bidding of its political masters, I urge that you think again about how what you do will impact upon the future of our people, our nation and our future.

We know that if this corrupt BN government decides that this Bersih 4 Rally will be made an example of as a rally to end all rallies then we know what they will do. So who will have the courage to attend Bersih 4?

I know one person who would be there if he only could.....Bernard aka Zorro Unmasked...he tried to make this world a better place....so should you!

“He Is Not Dead

I cannot say, and I will not say
That he is dead. He is just away.
With a cheery smile, and a wave of the hand,
He has wandered into an unknown land
And left us dreaming how very fair
It needs must be, since he lingers there.
And you—oh you, who the wildest yearn
For an old-time step, and the glad return,
Think of him faring on, as dear
In the love of There as the love of Here.
Think of him still as the same. I say,
He is not dead—he is just away.”
― James Whitcomb Riley
I just heard…just this very minute…that the blogger who is older than me…Bernard aka Zorro Unmasked…..has left us and gone to that  great happy hunting ground in the sky. Dear brother I guess Dr Johnny Walker failed you when you needed him most. I told you that you should have asked for a second opinion from the other Doctor that I suggested…Dr Jack Daniels whom I knew personally…but you did not listen to me! And now you have left us....
Never you mind brother for I know that you have gone to a far far better place than the one you left....the one we are left with!
I first knew about Bernard when he chose me as one of his “Friday guest” on his blog. Our mutual friend Lita told me about it. For the life of me I have never heard of Bernard then and when I went to the link that Lita gave me I came across his Zorro Unmasked blog site.

My immediate reaction was “ This guy must think a lot of himself to name his blog “Zorro Unmasked”….who does he think he is…a swashbuckling sword man battling oppression and the unjust rule of the Umno led BN government?
But that was exactly what Bernard did!

He tried to make the world a better place for his grandsons Bernard, Ryan and Patrick and whoever his other son, Kevin fathers…and in the process he made the world a better place for all of us! Thank you Bernard…thank you so very much for that.
I remember waiting for his on the spot reports of bye elections where he was in the thick of it all – reporting from wherever those bye elections were taking place....and my admiration for that old man was sealed. We all try to fight oppression and the unjust rule of Barisan Nasional....we try but Bernard succeeded! If only he had a bit more time....he would have seen real change happening in Malaysia...soon......very soon!
I remember his encouraging words to me to fight my fight too against the very people he was fighting. I am one.... with Bernard we were two. And every now and then he will remind me that he is watching me and reading what I write…his way of telling me to not falter in our fight against the unjust and against those who are making life hell for so many of our people.
Bernard has fought a good fight and I know that his wife Karen, his children and his grandchildren are proud of what he has done. Thank you Karen for sharing him with us.
I have never met Bernard in person but he is my friend and comrade blogger. Yes his language does tend to be a bit salty…and he calls a spade a spade….but age does confer upon us oldies some liberties.