cakap cakap...Najib...The End is not Near. It is Here!

These are the last few months, if not the last few weeks of Najib's political life. Day by day he dreads what the next twenty fours will bring him. Rosmah plots, schemes and seek "divine assistance" and some solace from the spirit world for some respite of the cracking glass house that they are both living in. But no respite comes. Today watching these two live their life is like watching a train wreck in slow motion.

Najib's focus has become singular. SURVIVAL. He will do anything to survive. He thinks that the consequences of his actions (mostly bad) can be dealt with later.

But there is one thing that Najib does not understand.

In today's world all of us are privy to events as they unfold in real time. There are also many of us who will relentlessly pursue the truth, expose the lies, dissect every event, every explanation and every comment made of that event and then rightly or wrongly, we armchair citizen journalist will, without fear or favor, put our spin on the said events and have it for anyone else to peruse as quickly as we can put it on the Net! How quick? In the blink of an eye!

So really he should think before he does the things he does because once done the misdeeds are loaded onto the public domain in the blink of an eye by many a willing friend or foe who each have their own reasons for doing so.

And once it is on the Net these events have a life of their own.

Najib does not understand that the ostentatious antics of his wife, the takeover of Perak, the murder of Altantuya, 1MDB and the RM 2.4 billion "donation" have been some of the most destructive turning point of his tenure as prime minister. Once these events happened all the salacious details involving corruption, greed and questions of his credibility and integrity are out in the public domain for everyone to access and peruse over and over again to their hearts content.

How do you manage the extravagence of Rosmah and the other events when all the details  that has happened is already known? It is simply impossible to put a "spin" when your wife is a spendthrift. When Altantuya has already been murdered. When Perak had been taken from Pakatan Rakyat by coercion and cash. When 1MDB is already billions in debt and the paper trials confirmed that the RM2.4 billion donation for Umno was deposited in Najib's personal account.

No amount of explanation, excuses, spin or outright lies can change the facts of the matter.And the facts confirms that Najib is a liar, he is corrupt, he abuses his public office for personal and financial gain and he is oblivious to the harm he has caused our people, our nation and our future.

Najib does not understand that good governance starts with doing good things. Doing anything that is wrong and abusive will get you into trouble once the people become aware of it. And they people are becoming aware of Najib's misdeeds and abuses in real time - there is no time for Najib to cover up his misdeeds. There is not even a five second delay button that Najib can press to delay his misdeed as they have when broadcasting live TV  Today politics is live as it happened.

For Najib who cannot walk and chew gum at the same time...that is hell. So he does what he does best ....go do an oversea trip and keep quiet and hope all that is unpleasant will all go away. The Internet does not go away. At a click of the mouse it plays back Najib's many unfullfilled promises, his follies  and his wife's antics - again and again until it is embedded in the minds of many many Malaysians. 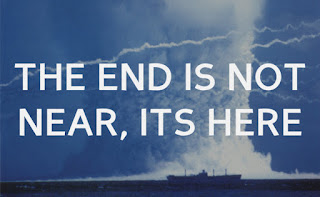