Donplaypuks : Q: How could PM Najib become a millionaire? A: Simple! Give him a billion ringgit! 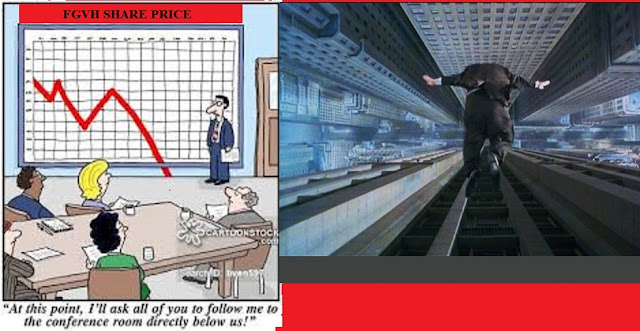 
# shareholdings based on FGVH 2014 Annual Report.


In 2012, PM Najib Tun Razak was the prime mover of the listing of Felda Global Ventures Holdings (FGVH) as the 3rd largest palm oil company in the world by acreage, amidst much controversy.
In 2009, he was also the prime mover of 1MDB which is now embroiled in a $46 billion debt debacle and financial fiasco.

In recent months, FGVH shares took another big hit when the company announced its intention to acquire 37% of PT Eagle High Plantation, Indonesia, for RM2.55 billion. The price tag was more than twice the current listed share price of Eagle High.

A few billion ringgit was wiped off FGVH's share value within a few days.

The high brows at FGVH mumbled something about pricing Eagle High at (the higher) "enterprise value" while largely ignoring its depressed market price. Not surprisingly, there was almost universal condemnation of the acquisition price by investment analysts from here to China. CLICK HERE and HERE for the Eagle High story.

There is also a personal connection between PM Najib and Eagle High owner, Peter Sondakh. CLICK HERE for that connection. There was much suspicion, that once again, possibly, someone was inflating share prices with no good in mind, as in the case of 1MDB's $18 billion acquisition of IPPs.
Anywhere else, the Chairman and CEO would have long ago been shown the exit door for the huge loss to shareholders. In Malaysia, they are still being rewarded with salary increases and bonus! CLICK HERE for some information on FGVH's management.

In the wake of 1MDB's $46 billion fiasco, it looks like PM Najib, dubbed Pink Lips by some bloggers, has the kiss of death and the touch of plague. Whatever he caresses, turns from gold to dust and dross!

PM Najib still has not learnt that it is not the business of government to dabble in business, especially big business. More so, if you have lived a very sheltered life, and know as much about real business as you would about quantum physics or how to perform brain surgery.

As for PM Najib's business acumen, who in his right state of mind would buy a 2nd hand car from this snake-oil salesman and serial liar?

As the saying goes in Malaysia:

Q: How could PM Najib become a millionaire?
A: Simple! Give him a billion ringgit!