A good day. It started at 4.30 AM when the inability to sleep anymore started my day. Wrote a few things on my MAC and posted a "cakap cakap" piece on my blog which, amongst other things, told of my coming meet with JET at 9 AM. Like any Macoba  (Malay College Old Boys) he was on time and brought with him another Macoba  - Nathar, a Doctor and a  resident of Melbourne. Dua budak Kolet ...my cup runneth over!  Of course we had the obligatory snap shot where I reminded Nathar to snap my left "Brad Pitt" side which suited Jet well because his good side was his right. See the pics below and tell me if you agree! And before any of you asks I can confirm without fear or favor,  that both of us are better looking than what you see below...cross my heart! 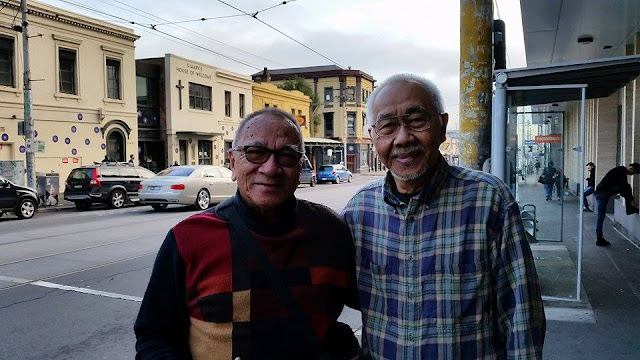 I conveyed to Jet the "kirim salam" from Jaafar Ismail who asked me to do so upon reading that I was meeting with Jet from my "cakap cakap" posting that morning. As an aside Jaafar I now know enough about you from Jet to tell you "Tabek Tuan" ...you are indeed a legend! 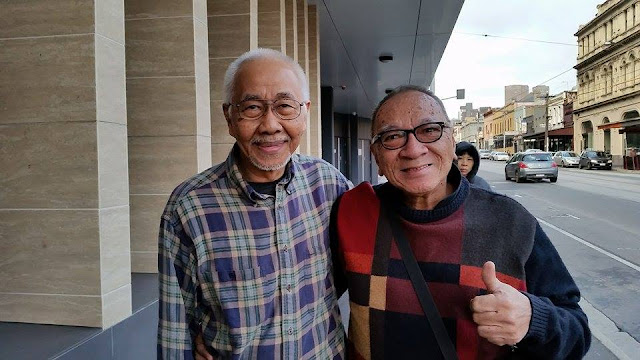 And then it was upstairs to my humble abode and on to the cakap cakap that lasted a good couple of hours before Jet had to leave for the airport. Suffice to say that there all three of us still had much to say to each other even as the couples of hours ended much too soon. In all that time Jet was silent only for a couple of minutes...but only because that was how long he took to polish of two bananas that he had his eyes on from the time he entered my humble abode...which prompted Nathar to mumble that the breakfast he had prepared for Jet that morning must have been inadequate! What can I say? Any comments from me would have been inappropriate...so I make dont know only lah! And I made a mental note that I had to get more bananas before my son awoke....I was saving the two bananas for his breakfast! Never mind lah...what are friends if not to have bananas on the ready for other friends to have when another friend did not feed that friend enough over breakfast!

It has been many hours since we said goodbye to each other  - almost twelve hours ago...and I still cannot wipe the smile off my face - the smile you have when old friends meet and the "feel good" you have when making a new friend. Nather we must meet soon and carry on from our time together this morning. 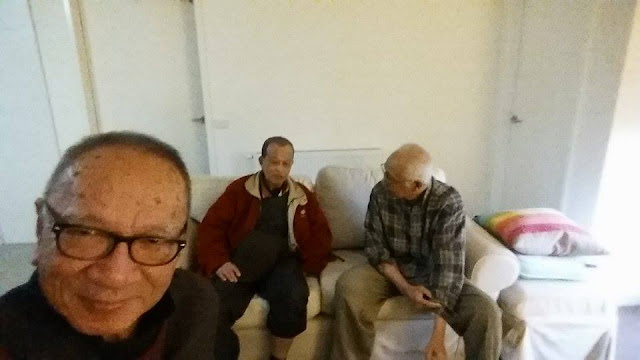 As I have said earlier on...my cup runneth over.


P.S : Yes many months ago I did ask him why was he called Jet bila nama betul was Nizar and this is his explanation to me on FB

Jet just message me at 10.35 PM that he has just landed safely at KLIA...all's well that ends well.