A Malaysian friend of mine caught glance of a great piece of social media flutter today on Facebook that is just begging to be posted here. Suaram, a human rights organization in Malaysia, has published a ‘Street Rally Guide For Beginners’ just in time for the much-trumpeted Bersih 3.0 sit-in protest planned for Merdeka Square this Saturday.
Last June, Bersih 2.0 (the second of the Bersih protests) rallied 10,000 to 20,000 people in downtown Kuala Lumpur — though numbers vary even more than that — clogging major roads which led to clashes with government forces who used high-pressure water hoses and tear gas to disperse the crowd. Bersih (‘clean’ in Bahasa Malayu) protests began in ’07 when the group first began calling for election reforms and transparent democracy.
Perhaps wielding a bit of foresight for the events that lay ahead, Suaram’s comprehensive (and at times comical) guide offers basic safety tips and sensible advice for protestors. If you plan to join the Bersih protestors (or any rally for that matter), do yourself a favor and scroll down through the selection of pages I’ve taken out of their guide. 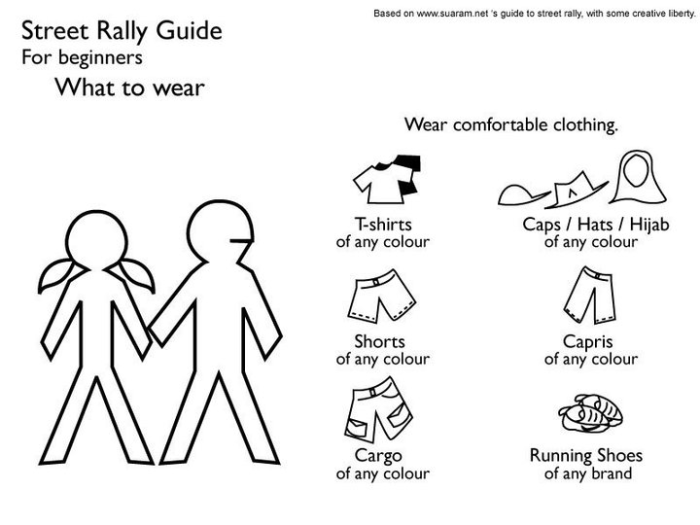 Never know when those running shoes will come in handy Police will appreciate the fresh breath too 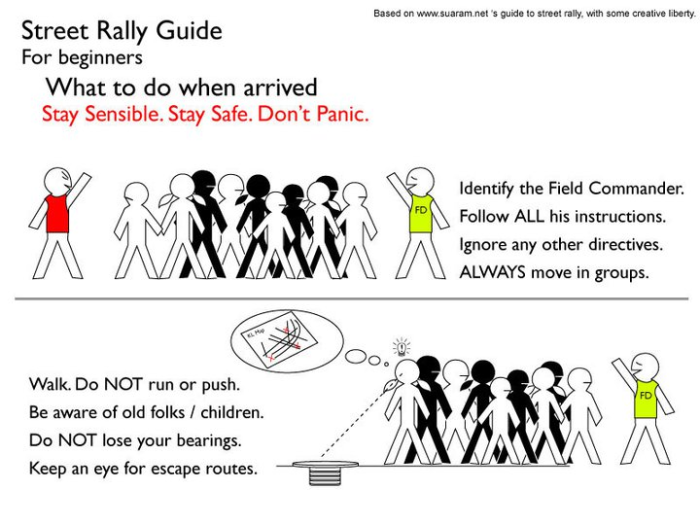 Watch the old folks... Not much different than being in a Chinese tour group 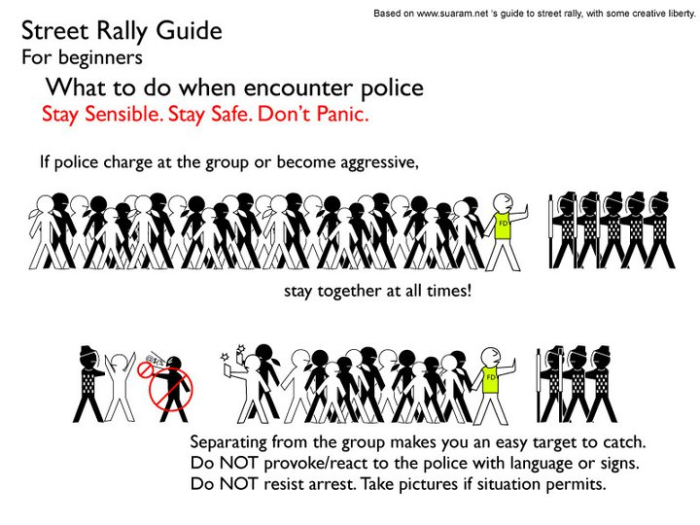 Don't stray from the herd. Haven't you ever watched Animal Planet? 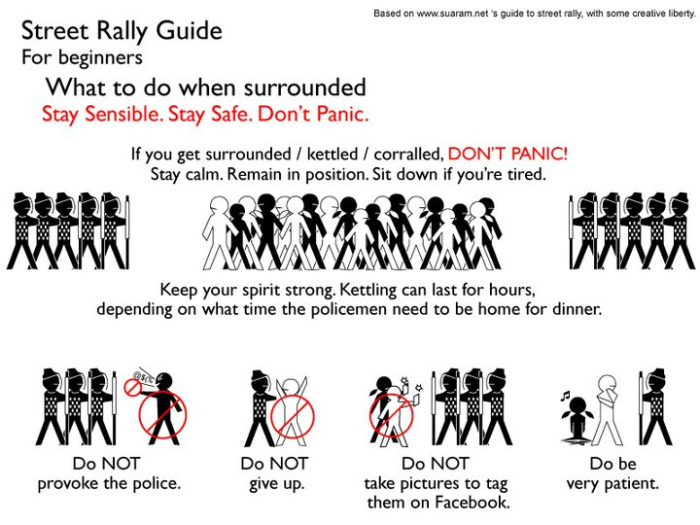 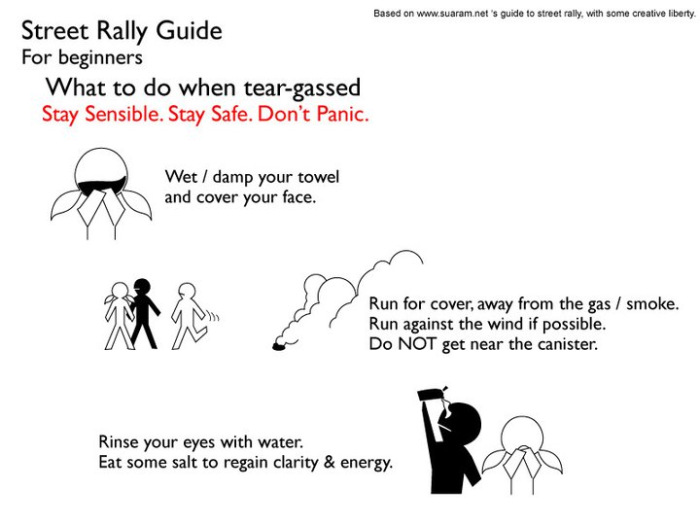 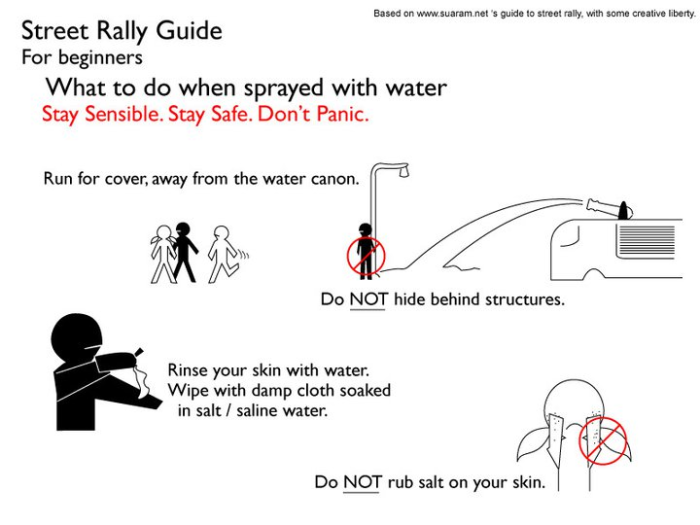 Beware of water too 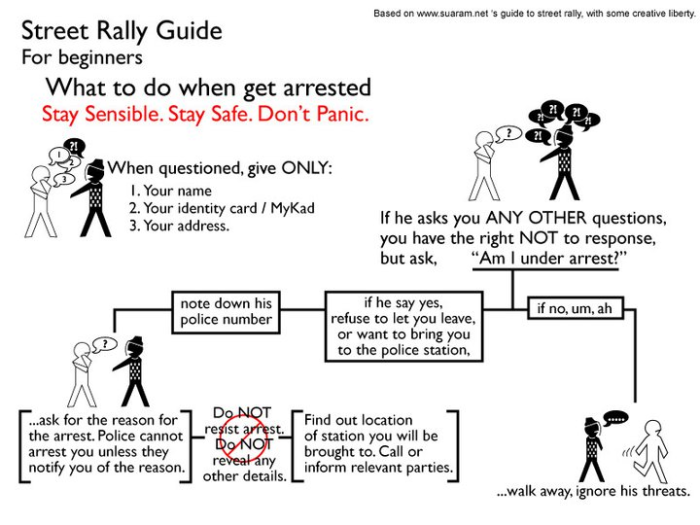 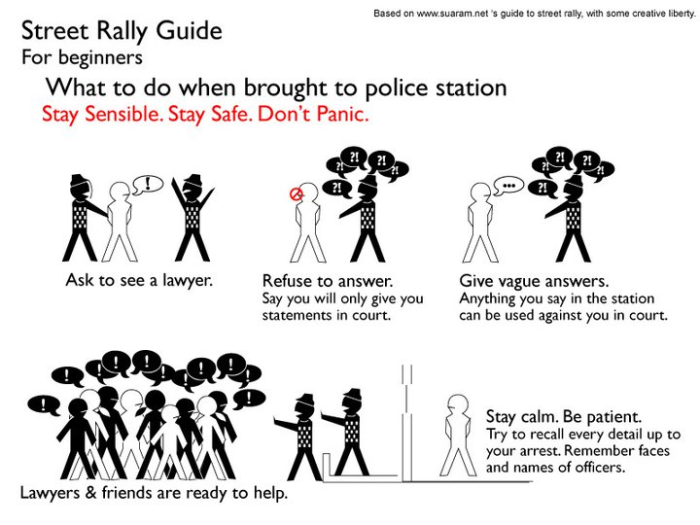 Be obdurate, be vague 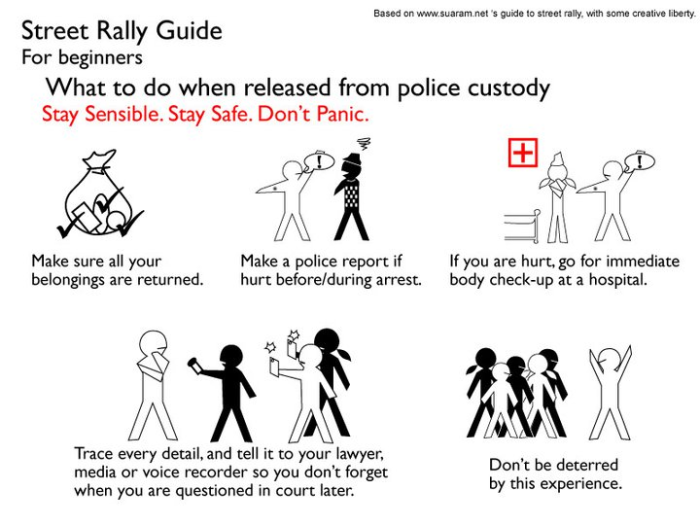 And most importantly... Stay vigilant
About these ads
Posted by STEADYAKU47 at Friday, August 28, 2015