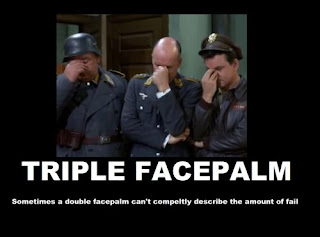 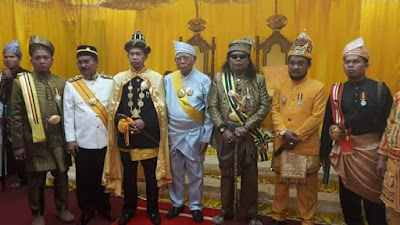 Why don't someone...anyone...go tell those bloody stupid Malay idiots how bloody stupid and ridiculous they look? Seriously....think about the number of hours and money these idiots must have spent on themselves to look like....like....like what? Like Bugis warriors or those Hulubalangs of old? Does a dressed up Monkey makes the Monkey any less a Monkey...not bloody likely! 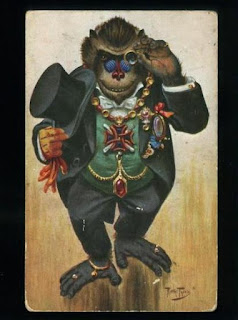 The non-Malays must be rolling around on the floor bursting a blood vessels laughing at those bunch of Malay idiots who are all dressed up with nowhere to go. What do they do after this pose? Go home and wait for the photographer to send them some prints and have them expensively framed and hang the pictures with pride in their living room? Hell I would not even have these pictures hanging in my bathroom!

But then again you may say "Forgive them for they know not what they do!"...well they should! For the most part they are all grown men and I am sure...nay I hope...that their collective wisdom should enable them to know about that "The Emperor with no Clothes' fable! 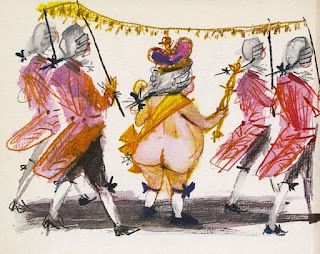 It is one thing to see those non-Malay Datuks dressed up to the nines to attend their own Datukship conferment ceremonies but how often to you see any non-Malay dressing up as Warriors of old and parading themselves in public? They do not do so because not only do they know they will look stupid but their peers  will tell them that they look stupid dressed up like warriors of old. 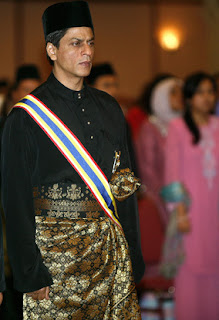 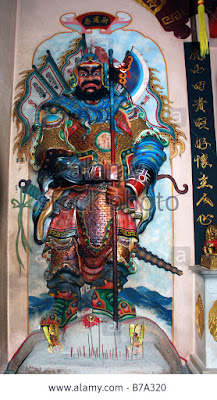 Only the Malays do so in the mistaken belief that they are upholding the dignity of the Malays....or more likely because they think they are Warriors when dressed like one!

Hubris....or the inability to understand what others think of you....is so prevalent among Malay leaders and the above is a fine example of it!