As the year comes to an end some of you may see it as an opportunity to reflect, review and reassess hopes and aspirations of the past, the present and the future. .....but in truth the passing of one year is no more and no less then just the passing of time and in reality will bring no respite to you if you do not will yourself to change for the better.

For Malaysia change will have to wait. The future promises no respite from the evil of a prime minister gone rogue, of a leader that no longer leads and one who no longer inspires. 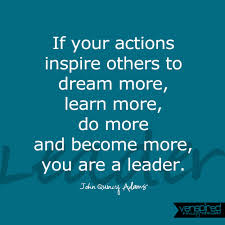 I do not know what is in Najib's head. I do not know his thought process. I will not even second guess what he will do or what he will say because over time he has proven himself   to have a mind of his own - a mind quite unlike any previous prime minister that we have had.

A mind much lacking in morality and ethics. A mind that understand the weakness of others and seeks to exploit. A mind laced with deceit and the ability to say and do anything to advance his own interest. A leader who lies with impunity!

Najib Razak is a lying, conniving sociopath who has no saving grace because what he lacks in ethics and morality is more than matched by his lack of courage (some would say cowardice) to face those who seek to confront him for his misdeeds and his abuse of the trust placed upon him as president of Umno and prime minister of our  nation.

Let us see what is wrong with Najib alphabetically: A caveat before I start...this is by no means a complete list...it is merely a start....and I am sure each and everyone of you will want to have your say in this....I suggest you make your own list!

C: Cunt - his partner in life aka FLOM (Fat Lady of Malaysia!)

D: Donation...what can I say about this that has not been said before?

F: FELDA...destroying what his father had painstakingly created.

G: Greed as manifested by the antics of his wife and family members.

H: Hubris - ignorance they say is bliss...for Najib this is not only true but he really believes
that he is God's gift to Malaysia!

K: the King in Najib's life is CASH.

L: Lanun  - a self proclaimed Bugis Warrior who plunders and pillage the very nation he is
leader of!

M: Mahathir - kachang lupakan kulit...he has much to be grateful to Mahatir politically
but with political power in his hands Najib gives credence to that adage "that power
corrupts. Absolute power corrupts absolutely!"..and damm anybody that gets in his way!

N: Negative - our ringgit, our economy, our future have all slid into the negative abyss.

O: Oligarchy - Malaysia is now governed by a few - Najib and Rosmah!

P: Perak - an exercises in money politics that has guided Najib's every action as PM.

Q: Swearing on the Qur'an - the coward way out of having one's guilt or innocent decided by
the courts.

S: Sarawak Report - a thorn in Najib's side.

T: Tangkap Najib - what many of us would want to happen.

U: UMNO he is president of this sad excuse of a political party where cash is really King!

V: Values in ethics and morality are non-existent!

W: Wall street Journal - another thorn in Najib's side that continues to dig deeper into Najib's
flesh with each new financial abuse revelations of Najib's

X:Najib's irrational xenophobic fear of the Chinese which he instills among the Malays for
his own and Umno's political gain.

Y: Yellow is the colour of Najib's courage in matters concerning his political opponents and
his wife.

Z: Zahid...when will he pull the rug from under Najib?

Tutup tirai for 2015 for this sad excuse of a human being of any race, any religion, any ethnicity and for any nation....and it would seems that we Malaysian will have to suffer him through 2016 too....but whether that will be for the whole of 2016 or a portion of it is still to be seen.

Email ThisBlogThis!Share to TwitterShare to FacebookShare to Pinterest
Labels: A to Z, Najib Razak