Japan : They do things differently there! 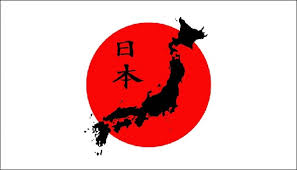 Hiroshima returned to what it was economically before the atomic bomb was dropped.
Japan prevents the use of mobile phones in trains, restaurants and indoors.
For first to sixth primary year Japanese students must learn ethics in dealing with people.
Even though one of the richest people in the world, the Japanese do
not have servants. The parents are responsible for the house and children.


There is no examination from the first to the third primary level because the goal of education is to instill concepts and character building.
If you go to a buffet restaurant in Japan you will notice people only eat as much as they need without any waste because food must not be wasted.
The rate of delayed trains in Japan is about 7 seconds per year!!
The Japanese appreciate the value of time and are very punctual to minutes and seconds.


Children in schools brush their teeth (sterile) and clean their teeth after a meal at school, teaching them to maintain their health from an early age.
Japanese students take half an hour to finish their meals to ensure proper digestion because these students are the future of Japan .
The Japanese focus on maintaining their culture.

Therefore,
No political leader or a prime minister from an Islamic nation has visited Japan not the Ayatollah of Iran, the King of Saudi Arabia or even a Saudi Prince!
Japan is a country keeping Islam at bay by putting strict restrictions on Islam and ALL Muslims.
1) Japan is the only nation that does not give citizenship to Muslims.
2) In Japan permanent residency is not given to Muslims.
3) There is a strong ban on the propagation of Islam in Japan
4) In the University of Japan, Arabic or any Islamic language is not taught.
5) One cannot import a 'Koran' published in the Arabic language.
6) According to data published by the Japanese government, it has given temporary residency to only 2 lakhs, Muslims, who must follow the Japanese Law of the Land. These Muslims should speak Japanese and carry out their religious rituals in their homes.
7) Japan is the only country in the world that has a negligible number of embassies in Islamic countries.
8) Muslims residing in Japan are the employees of foreign companies.
9) Even today, visas are not granted to Muslim doctors, engineers or managers sent by foreign companies.
10) In the majority of companies it is stated in their regulations that no Muslims should apply for a job.
11) The Japanese government is of the opinion that Muslims are fundamentalist, and even in the era of globalization they are not willing to change their Muslim laws.
12) Muslims cannot even rent a house in Japan .
13) If anyone comes to know that his neighbor is a Muslim then the whole neighborhood stays alert.
14) No one can start an Islamic cell or Arabic 'Madrasa' in Japan .
15) There is no Sharia law in Japan .
16) If a Japanese woman marries a Muslim, she is considered an outcast forever.
17) According to Mr. Kumiko Yagi, Professor of Arab/Islamic Studies at Tokyo University of Foreign Studies, " There is a mind frame in Japan that Islam is a very narrow minded religion and one should stay away from it."


The Japanese might have lost the war, but they are in charge of their own country.

There are no bombs going off in crowded business centers, "Honor Killings", nor killing of innocent children or anyone else.
Something to think about.

Please note that the writer has not really researched his facts very well.

Claim
"No political leader or a prime minister from an Islamic nation has visited Japan not the Ayatollah of Iran, the King of Saudi Arabia or even a Saudi Prince!"

Claim
"7) Japan is the only country in the world that has a negligible number of embassies in Islamic countries."

It is true, of cos, that Islam is not a dominant religion in Japan, but that hardly makes it non-existent or banned.

I am really too lazy to disprove the other claims made by the writer but I have little doubt that most of those claims are not sustainable.

Email ThisBlogThis!Share to TwitterShare to FacebookShare to Pinterest
Labels: Japan, no muslim