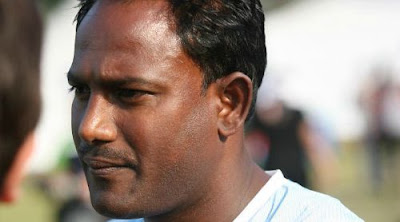 Where do the Malaysian Indians go from here?

Instead of debating within themselves which tradition is the oldest and who amongst them are the best....be it the Gujarathis, the Malayalees,  the Jaffnese,  the Telegus, the Tamils, the educated Indians, the affluent Indians, the lower caste community, the underprivileged Indians.......one thing they will all have to agree to is that violence within the community is prevalent.

Is it not time that the Indians as a community all take responsibility for this?

Even if this problem of violence within the Indian community is largely confined to the Tamils....what then ails the Tamils? Why is he at the lower rung of society? Why does he drink excessively,  why does he neglect his family,  why does he not make an earnest effort to uplift himself through education?

As I see it no Indian politician,  sociologist or Non Governmental Organisation wants to address this issue in a serious manner.

I pose this question to ask the Indians if they will rise to the occasion to right what is wrong within their community for they know that after six decades of Merdeka, this Umno led government has already failed the Indians....and so have a number of Indian leaders,

Who now will lead the Indians? How do the Indians as a race move forward within a Malaysian society that is increasingly becoming more polarised by the day?

Or do the Indian not care?

I guess after 60 years the Tamil diaspora in Malaysia isn't interested in nation building any longer. So theoretically they are dead. Its become like "Enau Dalam Belukar Melepaskan Pucuk Masing-Masing. For what is there to gain from a nation that has sidelined and discriminated him all this years. Most feel like they are not citizens any longer because their voices are not heard! So they tend to their own business and keep
company with their own kind and don't give two hoots any longer what happens to this God forsaken country.﻿

Email ThisBlogThis!Share to TwitterShare to FacebookShare to Pinterest
Labels: the Indians