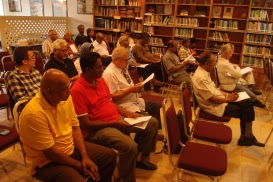 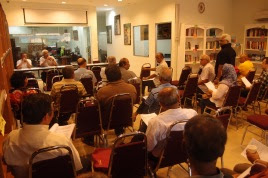 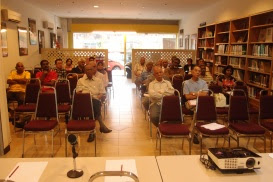 Its Constitution states that the society shall be a non-profit making, non-governmental and politically independent association which is non-denominational, humanitarian and shall be a charitable body dedicated to the promotion and preservation of harmony amongst all people in Malaysia, citizens and residents, irrespective of race, ethnicity, religion and background.
The group shall in due course be applying to the Registrar of Societies for registration. It shall be a national body with branches set up in all the States after its registration.
Amongst the objectives stipulated in its Constitution are:
The Society shall concentrate on the promotion and development of good, respectful and healthy relations between all people and a harmonious environment of friendship and relationship between people and communities of diverse ethnicities, creeds and faiths. The objectives of the Society are as follows:
5.2 To promote the spirit of charity, humanitarianism and volunteerism amongst all members of society;
5.3 To educate and make all people more aware and more understanding of the similarities and differences in the cultures, traditions, beliefs and practices of the various communities in Malaysia;
5.4 To protect and defend the rights of all people to truth, justice and peace;
5.5 To collaborate with other bodies, agencies and parties holding similar objectives or pursuing similar interests.
Membership to the Society shall be open to all Malaysian citizens who have attained eighteen (18) years of age and who subscribe to the objectives of the Society.
Members have so far been recruited from Kuala Lumpur, Selangor, Perak, Penang, Johore, Kelantan, Negeri Sembilan, Malacca and Sabah.
Those amongst you who share the same objectives and may wish to know more or sign up as members can contact the organisation at  harmonymalaysia@hotmail.com
Posted by STEADYAKU47 at Wednesday, October 30, 2013