SARAWAK STATE GOVERNMENT CORRUPT? Taib has amassed an estimated $15 billion through family-owned companies with an uncanny knack for scoring state resource rights and development contracts. And he’s done it all on his chief minister’s salary of less than $200,000 per annum. Jamilah Taib and husband Hisham (Sean)
A popular Canadian satirical magazine has set its sights on Canada’s ‘richest woman’, Jamilah Taib.
Frank Magazine is known for its scathing, if light-hearted, tone and it does not spare the Chief Minister’s daughter and her Canadian husband Sean Murray.
In particular, it examines the evidence that their wealth is based on Taib’s plundering of the Sarawak rainforest and other natural resources.
The article is below.

(She is Canada’s richest woman at $1.2 billion, so where did all that money come from? Ask Daddy) 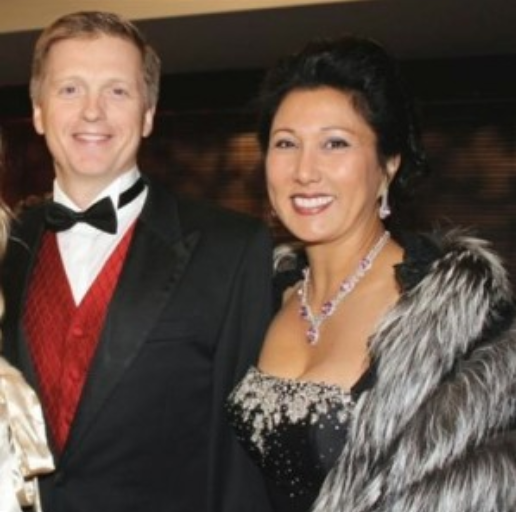 Fur lined….
Oh, dear. I see that authorities in yet another country have been sniffing around the family assets connected to Jamilah Taib-Murray, the prominent Rockcliffian and Canada’s wealthiest woman ($1.2 B). Jamilah is also the eldest daughter of Abdul Taib Mahmud, the obscenely wealthy Chief Minister of the Malaysian province of Sarawak.
Two years ago, the RCMP, FINTRAC and the PMO received letters from the Bruno Manser Fund. The Swiss-based environmentalist NGO alleged that some of Daddy Taib’s fortune—he’s worth $15 billion!–had sloshed through the family holdings in Canada. Those holdings include the Ottawa-based multi-billion dollar Sakto real estate empire, owned and operated by Jamilah and hubby Sean Murray. The Attorney General of Switzerland recently came up empty on another Bruno Manser money hunt. The Swiss A-G revealed the Taib family had no loot squirreled away in any of the country’s famously discreet banks. He did note, however, that two members of the large, world-spanning and suspiciously wealthy Taib clan had withdrawn all their dough in 1999.
Similar investigations in Germany and the UK have also so far failed to produce the cash BMF alleges Taib has stashed in overseas accounts from various Malaysian adventures, notably the rapacious clear-cutting of Sarawak’s rainforest. Malaysia has the second-highest rate of capital flight in the world, much of the booty shifting through Singapore and Hong Kong to far-flung numbered accounts. 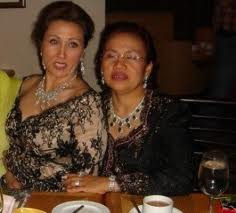 Be-jewelled (left) with Aunty Raziah
Based in Ottawa, Jamilah and Sean, through a web of highly successful companies, administer a real estate empire in Canada, the U.S., Australia and the U.K. Jewels in their crown include the Ontario Attorney General’s office on Preston Street in Ottawa, the Abraham Lincoln Building – the FBI’s Seattle HQ, and the Adelaide Hilton Hotel. Sean, of the Rockcliffe Murrays (Uncle Patrick of Murray and Murray Architects, is former mayor of the village), met Jamilah when he attended Ashbury College with her brother, Mahmud (class of ’82.) Jamilah was at Elmwood.
When they dated at Carleton University, Jamilah’s classmates in business management knew her as as “the Princess.” No one was surprised when she bought Sean a red Mercedes convertible for his birthday. They married in 1987 and Sean changed his name to Mohamad Nor Hisham Murray — and converted to Islam in deference to Jamilah’s family. The Ottawa Petfinder has often slavered over the fabulous parties thrown at their swish 688 Manor Avenue digs (assessed at $9.9 million and rising, the second-most exorbitant pile in Rockcliffe). Less respectful media have offered endless speculation about the origins of Jamilah’s billion-dollar personal fortune. According to her father, Jamilah made her dough through her remarkable business acumen. Her money is totally unrelated to his eye-popping wealth in the old country. (Daddy makes annual trips to Ottawa to visit his daughter and grandchildren, and check out local antique stores. Accompanied by a large breasted bodyguard a la Muammar Gaddafi, Daddy sweeps into the local shops, waves his gold-tipped swagger stick and loads up on thousands of dollars worth of bric-a-brac.)
Over the past 30 years, Daddy Taib has amassed an estimated $15 billion through family-owned companies with an uncanny knack for scoring state resource rights and development contracts. And he’s done it all on his chief minister’s salary of less than $200,000 per annum. Taib’s charming old-world ways of doing business have been the subject of much uncharitable construction.

Wikileaks caught U.S. Embassy and State Department sluggos gossiping like schoolgirls after a meeting with 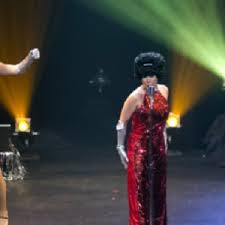 Fantasy – playing at Diana Ross
opposition politicos in Sarawak: “Comments from the DAP politicians and Suhakam reinforce what we have heard from other Sarawak state leaders and national politicians,” reads the leaked October 16, 2006 cable. “By these accounts, the Sarawak state government remains highly corrupt and firmly in the hands of its chief minister. The $82 million state assembly building now under construction serves as perhaps the most obvious and extreme example of the self-enrichment of the state’s chief minister and other senior government officials.”
Ah, yes, the famous and historic Sarawak State Assembly. Taib awarded the $82-million construction contract for the 27-storey legislature to Cahya Mata Sarawak Berhad (CMS), a holding company majority owned by Taib and his family, which then subcontracted the actual work to another company for $60 million, and pocketed the remaining $22 mil, the Yanks gleefully reported. CMS is affectionately known to the locals as “Chief Minister and Sons,” but its biggest shareholder is a company jointly owned by Jamilah and her little sister, Hanifah, who also owns chunks of Sarawak’s only private radio station, CATS FM, and the New Sarawak Tribune newspaper, which is majority-owned owned by her second cousin, Hamed Sepawi. Of course, with such clear lines of command in Sarawak (To wit: what the Chief Minister says, goes) there really isn’t much need for the state assembly to trouble itself meeting more than 16 days a year. The rest of the time, it sits empty. In addition to the Bruno Manser fund, Jamilah, Sean, and the rest of the Taib clan have also endured a steady drumbeat of uncharitable commentary from British journo Clare Rewcastle Brown, sister-in-law to former PM Gordon Brown and authoress of the muckraking Sarawak Report and Radio Free Sarawak. The Taibs, when they deem to respond to such base speculation, accuse their critics of being in the hire of opposition politicos or shadowy foreign elements. When Global TV got wind of their money-laundering allegations in 2011 and called Sean and Jamilah for comment, they instead got a letter from the estimable Bruce Carr-Harris of Borden Ladner Gervais Etc. “At no stage did her (Jamilah’s) father have economic benefit from or any direction of, the business – directly or indirectly,” Carr-Harris wrote. Jamilah’s investments in Malaysia, he added, are “passive” and Sakto and Sean Murray have no interests in the country. But according to company filings, Jamilah’s “passive” investments include not only a hefty chunk of the family holding company, CMS (the largest private company in Sarawak), but also a piece of the Royal Mulu Resort, logging company WTK and the Malaysian fashion and lifestyle magazine, Tell.
Rewcastle Brown had herself earlier that year been served with a lengthy letter from Sean Murray’s London legalists at Mishcon de Reya, the same firm Princess Diana hired for her divorce from Prince Charles. Much umbrage was taken at repeated suggestions that Sean and Jamilah’s good fortune had any connection to Chief Minister Daddy Sir! Oh, sure, Jamilah got a little grubstake from papa and some solid financial advice – here’s $4-mil, don’t lose it – when she started Sakto in the eighties with her Uncle Onn and brother Mahmud (now himself the billionaire beneficiary of rich government contracts in Sarawak). 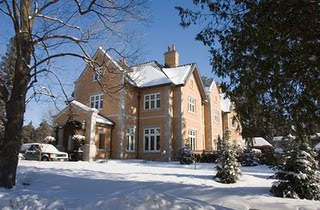 “It started 20 to 30 years ago. I gave money to my daughter,” the Chief Minister explained in a 2011 interview. “I got a gratuity and gave some money to her to start a new business, it thrived.” The Chief Minister did not elaborate on the origins of this ‘gratuity.’ But Sean Murray told Frank this week that the “sum of money” provided to Jamilah by her father when she first arrived in Canada “was for her own personal use, with no expectation of repayment. The money [was] not provided for the purpose of starting Sakto.”
Sean added that Chief Minister Daddy is has no financial interest in Sakto, Sakti or Ridgeford. “He is not an officer, director or shareholder,” Murray said. Nor has he made any monetary contributions to any of these companies.
In the event, the legal threats resulted in no action, but Rewcastle Brown claimed her email account was subsequently hacked, its contents spilled on an anonymous website. The cyber-mugging was reported with much concern – and the URL at which its results could be perused – in the Taib family newspaper, New Sarawak Tribune. And who is this pesky Bruno Manser fellow, you ask? For starters, it’s was, not is. The rainforest tree-hugger ran into a spot of unspecified bother on one of his many trips to Taib’s Sarawak fiefdom in 2000 and apparently disappeared in the jungle. He is presumed dead, but his eponymous foundation continues to torment the Taibs.

Another critic of Chief Minister Daddy, former Sakto property manager Ross Boyert, is not merely presumed dead; he is most completely dead. In 2010, Boyert was discovered in his Los Angeles hotel room, suffocated with a plastic bag taped around his neck. The coroner ruled his death a suicide.
Boyert worked at Sakti International for 12 years. When he was pushed aside and replaced Sean, Boyert sued. His remaining years, according to his widow, Jonni, were a nightmare of bankruptcy, possible mental illness and numerous complaints to police of stalking and harassment by mysterious strangers, real or imagined.
Among the Sakto documents in Boyert’s possession was a 1988 shareholder agreement that purported to show half the company’s shares in the names of various Taib family members, but which were actually held in trust for their beloved patriarch, the Chief Minister. 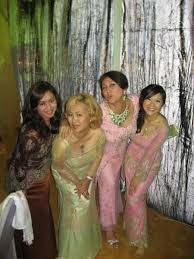 Fun loving ..
Now comes word Rewcastle Brown and her cronies believe they’ve spotted the smoking gun in mortgage documents of a whopping infusion of Taib family moolah from a Hong Kong company (shurely not $20 million?!—ed.) into Sean and Jamilah’s companies in the 90s, allegedly tying them ever closer to Chief Minister Daddy’s sticky-fingered dealings with Japanese timber companies. Frank believes not a word of it and awaits a single shred of proof of these preposterous allegations. Potentially worse for the intensely private Taib-Murray clan, Sean’s cousin Brian Murray, who handles Sakto’s leasing business, has come down with a sudden case of bachelorhood, this following a spate of domestic unpleasantness with wife Kristina in July, which obliged the constabulary to attend the matrimonial digs at 169 MacKay. It’s all very unfortunate, and Frank fervently hopes the family finances will not suffer any excessive disclosure once Kristina’s legalists snap on the latex gloves.
Last word to Sean, who suggests that this latest round of mud-slinging must be viewed in “the context of a hotly-contested run-up to state and national elections in Sarawak. Sarawak Report openly supports the interests of the opposition party. They use sources, such as the discredited Cullen Johnson, whose credibility on these issues has been completely destroyed.”
Posted by STEADYAKU47 at Sunday, December 15, 2013