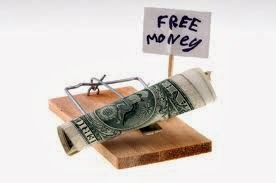 I have received many many letters purporting to all kinds of gifts, inheritance and simply cash that was waiting for me to collect if I so desired. Many have been simply discarded after reading the first few line - and others I have ignored - not wasting my time to even delete the offending offers - but this one showed that a little more effort was made in putting the letter together. At least it held my attention right to the very last sentence and I though it worthy of sharing it with you guys! Enjoy and then discard!


Nicholas Brandon
To Me

My name is Nicholas Brandon; I am an Ex British Marine Soldier. Am 37, I was born in 1976. This is my real name as you can check it on my email address, which is not spoofed. You need to submit your complete id proof, utility bill etc. before you can get a email id from virgins. You can call me nick, my friends call me that.

As a soldier, I have seen action and fought in countries like Sierra Leon, Liberia, Sudan, Kosovo, Iraq, and Afghanistan been my last posting, before I voluntarily retired from active service. During the course of our military expedition, or intervention or mediation as some people in government would like to call it, We killed and pillage the enemy's territory, we lost some good men down there, we carted away golds, diamonds and rare gem stones from Sierra Leon and Liberia, in Iraq we took away millions of dollars which was shared amongst ourselves and never reported it to our superiors.

We were like soldiers of fortune and were more concerned about the material gains than any other, our feelings as humans were long dead. I became a rich man, though I was careful not to declare most of my wealth, but I lost happiness, and the will to live again when I lost what matters most to me in life. I lost my wife and 2 beautiful kids in an auto crash, and in less than 3months after that heart wrenching event, I lost my closest buddy, an ex-marine like myself, we have served together in most countries and shared many secrets.

Psychologically, Mentally I became a wreck, I wasted much of the cash on women, gambling and drugs, Sold most of the assets I had and took up residence in a motel, moving from county to county,  I became a complete mess and I did not slow down to think of the damage I was doing to myself, not until the doctor told broke the terrible news to me, that my liver was badly damaged and my heart would give in any time soon, except I find a donor quickly for a heart transplant. The truth is I don't need a new heart, I can't go back to pumping more morphine, pain killers into my system, it don't take the pain away, and it can't cure me of the nightmares i have every night, am so afraid to close my eyes and sleep.

Now the major reason why I have written is this; from some of the loot, the spoils of war we gathered from our military quest in Africa, Johnny and I, kept a bunch of precious stones worth about 19million dollars in the market, if I am correct, in a bank vault, we could not attribute the ownership to ourselves being active young soldiers in government services, so we made up a story and told the bank authorities we were holding in trust for a merchant who is caught up in the conflict in Africa and has reposed his confidence in us by entrusting the precious stones to us for safe keeping and at the appropriate time he would come to claim what was his.

I can die and let the bank have it, but what has the bank or government ever done for me to deserve such kindness from me? So I have decided to put it out there, to you my friend, if you are fortunate enough to be chosen by me, then the wealth is yours. But first you must pass my test of pure heart and sincerity. Whether you believe me or disbelieve is your own problem and not my own business, I have nothing to prove to you about the authenticity or reality of this story, till you are approved by me, I retain the right to choose and approve. 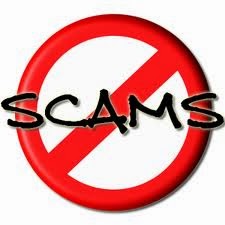