The problems we now have in Malaysia - corruption, cronyism, money politics and the resulting problems with our economy and lack of accountability and credibility of those who are our leaders - cannot be solved by the people who created them! 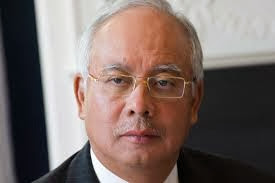 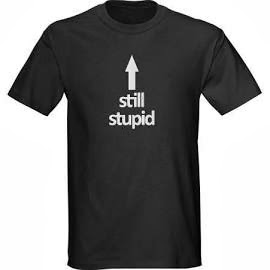 We Asians have always had Imperial Leaders who think themselves to be…what else but Imperial Leaders! We have them in China, in India and Malaysia is no exception….Mahathir, Najib and his wife, Lim Kit Siang and son, Anwar Ibrahim and a few others are our burden to bear. When vested with political power they will have their way with us but political power is fleeting. The memory of the people is not! 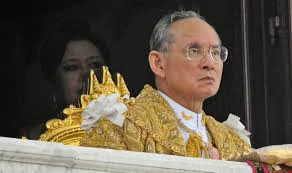 In Thailand the 2007 Constitution of Thailand states : "The King shall be enthroned in a position of revered worship and shall not be violated. No person shall expose the King to any sort of accusation or action." and "Whoever defames, insults or threatens the King, Queen, the Heir-apparent or the Regent, shall be punished with imprisonment of three to fifteen years." Thank God for Thailand that they have a King who understands his duty to his people. However Thailand’s political leaders are not so inclined and their imperial antics have caused much pain and suffering for the people of Thailand over the years – King or no King!

In China political leaders are Kings in every manner but name – but by and large they are responsible rulers. Do they not send those guilty of corruption to the firing squad?


India is still in flux but they have already done away with Royalty. Political leaders still rule as despots but checks and balances are in place to ensure that change through the electoral system is possible.

Not so in Malaysia.

The 13th general election tells us that change through the will of the people is not yet possible. The 13th general election tells us that money politics, corruption, race, religion, complicity by the Election Commission and powerful UMNO politicians who have no qualms about using these ‘weapons’ to stay in power will still have their way with us.  It renders the ‘one man/women one vote’ principle obsolete. We the people demand that the principle of  ‘one man/women one vote’ will be the criteria by which any party is to be elected into government in our democracy.

At 66 I am still with memory of the times when the Sultans had people around them whose lives revolve around royalty and the Istana 24/7. Today there are people whose lives revolve around politics and UMNO 24/7. They live with politics, by politics and through politics  - they live and die by politics. It is because of these people that UMNO leaders of today feel themselves Imperial.

But the times are a changing. To me the Sultans, UMNO leaders and anyone else in government or the opposition are my equal and as my equal I judge them as I would others judge me. They can propose but the people will decide for themselves what they will impose and dispose of.

Despite his fall from grace from within UMNO the people brought him back to a position where he can now challenge UMNO and be a threat to the future political dominance of UMNO in Malaysian politics – but Anwar Ibrahim better not forget his place in the scheme of things that the people aspire to. Their support of Anwar Ibrahin is not unconditional. That support will no longer be given should he again become the Imperial ogre he once was whilst in UMNO.

The people are the ultimate judge and only then will come history. No one, not you not me, not Mandela will escape the judgement of their own people. If you think you are different than you are a bloody fool. Today there are enough bloody fools littering history…….Ceausescu, Idi Amin, Gaddafi, Saddam Hussein…so many of them. Think yourself different at your own peril.

The problems we now have in Malaysia  - corruption, cronyism, money politics and the resulting problems with our economy and lack of accountability and credibility of those who are our leaders  - cannot be solved by the people who created them! 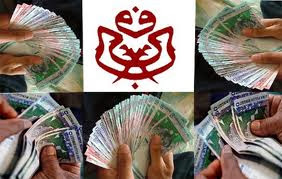 Would Hitler be asked to get Germany out of World War II? Would Marcos be recalled from exile to head another government to rescue Philippines from the situation that he himself had put his country in? The same reason the people of Thailand no longer wants Thaksin to return to Thailand.

UMNO and the government they lead are responsible for the state of our nation today and they cannot be relied upon to solve them so all those of you who have nothing good to say about UMNO, come sit by my side and let us together plot UMNO's demise!

Najib the current leader of UMNO has no qualities of leadership that would enable him to be a leader of any note….but then Najib should not feel too bad. A lot of people in UMNO and BN also have no talent to lead. On Najib’s head rests the work of many men. And Najib has taken it upon himself to do the work of many men….I even know their names….Laurel & Hardy, Abbot & Costello, Moe, Larry and Curly! 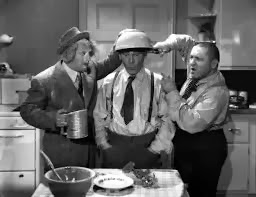 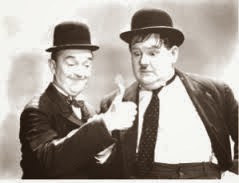 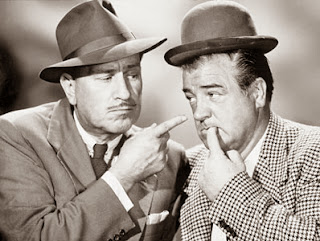 Perhaps the purpose God had in making Najib our Prime Minister is to let it be known to all Malaysians to never again choose a leader like him to be PM. The only thing Najib brought to his job is Rosmah and Hermes handbags – and we all know how irritating a combination that can be.

Rosmah can claim that she has made Najib into what he is today…. that is good….. at least she is personally taking the blame for Najib being who he is today. If idiots could fly Seri Perdana will be designated an airport!

Let us look at who Najib has in his cabinet! If Members of his Cabinet are his peers Najib must have a pretty low opinion of himself! Look at whom he chooses to be in his cabinet…Hishamuddin, Zahid Hamidi, Shahidan Kassim, Nazri Aziz, P Waythamoorthy, Shafie Apdal, Tengku Adnan,  KJ….…for sure they are his peers ! All of them already tainted by sexual indiscretions, money politics, corruption and political excesses! And everyone of them wanting to be Prime Minister...like Najib!


If Najib insists that everything is under control than I suggest he look again to where he is heading…and wherever he is heading I can assure him, is not the right way.

Not all of UMNO leaders are stupid but all stupid leaders in government today are from UMNO. Let all these stupid leaders take note of the following.

·      If you do wrong you will be censured and if need be punished through the judiciary.

·      If you have money that you have honestly earned through your toil and sweat then do with the money as you please.

·      If you have been vested with the authority to make decisions on our behalf, then do so responsibly. If you do not then you will be call upon to explain why you did not do so.

·      If you err in your responsibilities we will no longer do as you bid us do and in time we will remove you from office.

These are now the rules by which our people live and you will also live by the same rules. Ignore them at you own peril.

Our leaders will be guided by the same morality and ethics we expect of our selves. Look around you – every leader of any nation that has abuse the trust the people put in them have been punished – sometimes sooner sometimes later…but all have been punished!

We see many things wrong with out nation today and what is wrong with this nation of ours we can see in Najib Tun Razak.

He is the eldest son of Tun Razak, our second Prime Minister. Tun Razak legacy was giving the poor rural Malays land and through FELDA, develop the land for them to  enable them to have a decent source of income. Najib dishonor the dream of his father by appointing a convicted corrupt UMNO politician as FELDA’s head. With the IPO of Felda Golden Ventures Holding (FGVH) Najib has again turned his Father’s dream into another cash cow for UMNO and their cronies. Whatever the financial and economic rationalization for such an IPO, UMNO and its cronies stand to gain immeasurably more than the rural Malays that his Father established FELDA for.

He is the young man who married at 26. Had three children, fooled around with somebody’s wife, divorced his first wife after eleven years of marriage, married that somebody’s wife and had another two children. We do not know how many times that divorce has been married or how many other children she had had with how many other partners!

He is the Muslim who has sullied the institution of marriage, have had affairs and sexual dalliances and indiscretion outside his marriage.

He is a husband who is an embarrassment to other husbands. We are all for equality between the spouses but we draw the line at husbands or wives who dominates in a marriage. In Najib household his wife wears the trousers.

He is a Malay who has betrayed his race by abusing the trust the Malays have put in him to help not the few Malays in UMNO and his cronies but all Malays.

He is a Politician who has put his self-interest before the common good of his people and even that of his own party.

He is the Prime Minister who abused the trust the people put in him by appointing the raba raba JJ to be this nations envoy to Washington. Does he not think the Americans know of what JJ has done? It brings shame to our people that our Prime Minister did not see it fit to appoint someone decent to that most senior post.

He was the DPM who was not loyal to Pak Lah.

He is the Prime Minister who has consistently not kept the promises he made to the people.

He has failed at so many levels that all he has left to fail will be to fail to go before he is ask to leave by those who are now plotting his demise.
Posted by STEADYAKU47 at Tuesday, December 31, 2013