Is the Honeymoon Over for Johor Royal Family and the Rakyat?

JOHOR BAHRU 30 January 2015. ( NST JS807G / FILE PIC ) Sultan Johor, Sultan Ibrahim Sultan Iskandar. NSTP/Hairul Anuar Abd Rahim
JOHOR BARU – The Sultan of Johor Sultan Ibrahim Ibni Almarhum Sultan Iskandar has thrown a challenge to former prime minister Tun Dr Mahathir Mohamad – show Johor the big investors from Arab countries, Australia or the United States “instead of China bashing”.
He expressed his unhappiness that race had been used by some politicians to stir the emotions of Johoreans, saying that “this is a clear case of economic sabotage and racial instigating”.

“If investors wish to pump money into Johor Baru, do we say ‘no, no, if you are from China, you cannot come’.
“Is there such logic? Anyone in their right mind knows that Chinese investors are among the richest and most influential now.
“So why should there be a pro­blem? I welcome all investors,” Sultan Ibrahim said.
“Dr Mahathir thinks it is easy to play up race because these investors happen to be from China.
“This is utterly disgusting,” he added.

In the last year or so we have seen the Johore Royal Family on a grand PR exercise that saw the patriarch, Sultan Ibrahim himself, turun padang to belanja his subjects to meals by roadside restaurants and what have you. At the same time his son, the Brigadier, was not shy about giving the powers that be in Putrajaya many pieces of his mind seemingly uncowered by the might of the Umno led BN government. And Johor Darul Ta'zim Football Club, owned by the Brigadier, went on to win the AFC Cup and the league title - adding cream to the top of that grand PR exercises.

You guys in Johor can blow the Sultan's trumpet if you want to....I am not impressed.

What sticks to my mind are the excesses of the Sultans that came before Ibrahim. The beatings and murders they inflicted upon those least able to defend themselves. The 300 hundred cars the Sultan has in his garage - some in air conditioned comfort. Then there was the business of the Sultan buying the most expensive Mack Truck ever! Over One Million Australian Dollars! WTF for? 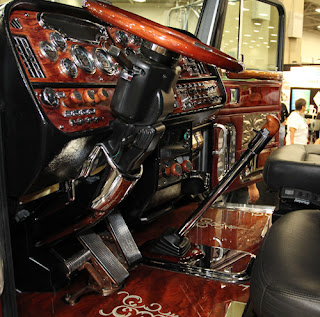 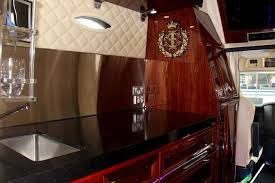 And of course that excuse as to why he is in business....How is he expected to live on the RM27,000 that the government pay him!

Well to answer that Tuanku...there are many Malaysian living on less that RM1000 a month. Lots!

Now we begin to understand the need for the grand PR exercise. We begin to understand that even as the Brigadier was taking potshots at BN ministers, and the Sultan even notoriously refusing to shake hands with Ahmad Maslan (no big deal...so would many other Malaysians - me included!)....it was all a sandiwara. How come?

"The Johor ruler is the largest shareholder of Esplanade Danga 88 Sdn Bhd, which formed a joint venture with China developer Country Garden Holdings for the controversial Forest City property project.
Another company belonging to the Johor sultan signed an agreement with Tenaga Nasional Berhad last July to construct and operate a power plant in Pasir Gudang"
Malaysiakini

And then there was the call by the Sultan to review the Johor Real Property and Housing Board Bill...whatever for?.

Johor Sultan calls for the Johor Real Property and Housing Board Bill ...

May 7, 2015 - JOHOR BARU: The Sultan of Johor Sultan Ibrahim Sultan Iskandar has urged the state government to review the Johor Real Property and ...

All the Sultan and family were doing was Taking Care of Business! Bottom line...you cannot do the level of business that the Sultan is doing with China and the Federal government  without the state and federal government on side...it is in the interest of the Johor Royal Family to have Najib and Umno in control in Putrajaya. ....hence the Sultan call to Mahathir to stop China bashing...because he says that "this is a clear case of economic sabotage and racial instigating".

Ampon Tuanku beribu ribu ampon...China bashing is not the same as racial instigating. One is a country and the other is a race....though it is true to say that many of that race make up the population of that country. Just as you have been saying that Malaysia belongs to everyone that calls it home. What Mahathir was "instigating" is that Najib should understand the dangers of allowing China the opportunity to dominate our country economically.

Long story short....nampaknya honeymoon for Johor Royal Family and many Malaysians is over....many Malaysian want change, the Sultan of Johor wants the status Quo to be maintained - that is to leave Umno in control in Putrajaya.

So a word of caution to Malaysians...do not let those with money and power pull the wool over your eyes. Your wants and their wants differ. Your needs and their needs are not the same.....as for the Royal Family of Johor....I do hope that Esplanade Danga 88 Sdn Bhd deal goes through and you can sell what you build...if not...die lah!