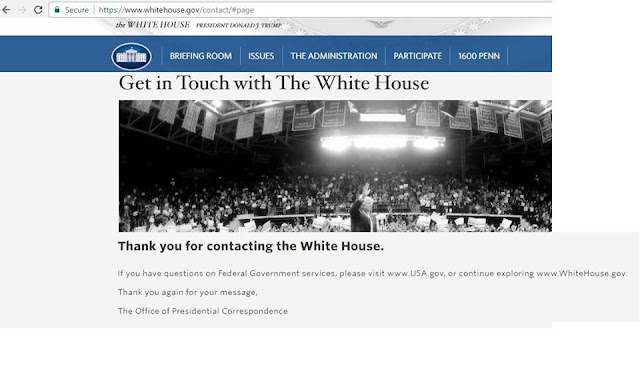 MY EMAIL TO TRUMP - ARREST NAJIB!
21st January 2017
Dear Mr. President Donald J Trump
Congratulations on your inauguration as the 45th President of the USA.
I am a Malaysian citizen, writing to you regarding a civil action brought July 2016 by the US DoJ against certain Malaysian officials and individuals for multi-billion dollar kleptocracy, massive fraud and money-laundering involving state-owned corporation, 1MDB. I had written about this recently to former President Obama.
There can be no doubt in anyone's mind that 'Malaysian Official 1 (MO1)' in the DoJ affidavit is anyone but Malaysian Prime Minister Najib Tun Razak. Please refer to the links about the DoJ action and affidavit. http://www.cnbc.com/…/us-1mdb-lawsuits-link-malaysian-pm-na… AND https://www.justice.gov/opa/file/877166/download.
Najib was the sole signing and approving authority for 1MDB, and planned its looting from its inception in 2009, to secure a slush fund to buy votes, rig the 2013 general election and corruptly enrich himself and his wife.
In retaliation, Najib made a visit in November to China with which he signed defense and other deals worth some US$32 billion. He also made a thinly veiled speech against the USA, saying "former colonial powers should not lecture nations they once exploited."
Malaysia has also become a police state under Najib. He is prepared to turn Malaysia into a complete Islamic state with Syariah and severe Hudud Laws. The Talibanization of Malaysia will become a stark reality if Najib continues in office.
Malaysians are also very uneasy with Najib abandoning USA alliance for Communist China, given that it is US companies like Intel, Coca Cola, Pepsi, McDonalds, Microsoft, Apple etc. which have invested in factories and businesses in Malaysia and created jobs and wealth. Najib has sold us out to China, backstabbed the USA and strengthened ties with the dangerous Middle East! More than that, Najib and his wife Rosmah have been linked to three murders by Hong Kong based Asia Sentinel.
Given this scenario, Malaysians need all the help you can extend to us.
May I therefore humbly ask that you kindly request the DoJ to unequivocally and publicly confirm MO1 as Najib Tun Razak., and pursue criminal action against Najib for kleptocracy and money-laundering?
Malaysians will owe you a debt they can never repay if you help us in our hour of need.
I look forward to hearing from you soon with positive news.
Thank you.