cakap cakap....May the FORCE be with you and other stories.....

At 69 my life is different from the one I have lived before....not better, not worse...not more interesting .....not more quiet....just different. How different? As different as chalk and cheese! It is now 9.48 AM...let me share with you how my day has been so far.

I woke up first at around 2.30AM with some ideas bouncing in my head....yes that is how ideas come  into my head....they enter into my head and starts pinging themselves in and around my cranium until I get to put them onto paper or into my Mac via the keyboard. Once I have done that the normal instincts of a guy awake at 2.30 AM gets the better of me...i.e. I get tired and realise that I am still sleepy....and so I lay me down to sleep.


At 5.30 AM I am up again and this time I know that I need to finish what I started at 2.30AM and this I did within an hour and posted this:

And by then I was already wide awake. I did a few more tweeks and changes to some of the things that I have posted before - to update them and to make if more defined and focused on the subject matter I had written about.

Then I tidied up the kitchen which resembled a minor battlefield after the efforts of both my son and me, to make dinner really tasty the night before. Sometimes I do wash up the dishes before I go to sleep but I find that soaking the plates and cooking apparatus the night before, makes for a cleaner and easier cleaning the morning after.

Then feed the cat, no laundry this morning and had a shower and changed into my usual attire....sarong and singlet!


Made myself a cup of organic tea and opened up a packet of Arnotts "NICE" biscuits for breakfast! 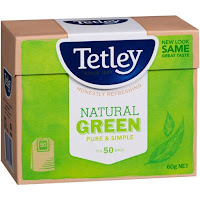 All this going in and out of the bedroom stirred my wife from her sleep...and as is usually my habit, every time she opens her eyes I go to her, give her at least two kisses and a "I Love You" and tell her to go back to sleep as it is still early. This morning I have done it already twice...so four kisses and two "I love You"....and at the same time just tuck the blankets around her to make sure that she is warm and comfortable.

And then I sit down at my desk and start work on this blog!


This morning I feel good. I know that a few of you will stop by this blog while having breakfast...and at least that article on Sirul should keep you guys occupied for a few minutes....and so I let my mind wander about what else I should write about today.


I was thinking about Najib having to go back to Rosmah after a hard day at the office! 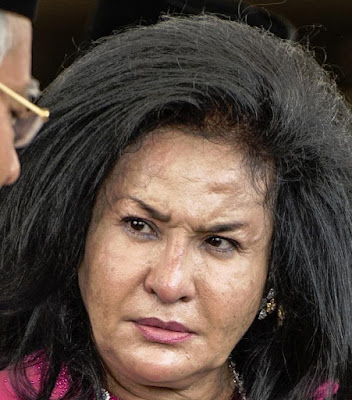 Come on lah...give the guy a break!

How will you feel, if after a day at the office where everyone acknowledges that you are the Alpha Male not only in the office but in the whole damm country.....you then take the drive home with Police Outriders and UTK personals escorting you with sirens wailing etc etc....and then once you enter the gates of your home you know that within a few moments you will be facing Rosmah!

You have seen what Rosmah does to Najib in Public...


What do you think Rosmah does to Najib when they are alone?


Aiyoyo...I hate to even think what Rosmah will do to Najib when she is really upset! So in a way I was starting to have some sympathy for that guy lah.....of course he deserves it for marrying her in the first place .....but maybe in her younger days she might have been good in bed...and you know the raging hormones in many a young guy busy sowing his wild oats tends to sometime trip them over and they end up with what they deserves...well Najib is one of them!

And then from Najib my mind wandered to Sirul Azhar Umar...the idiot rotting away in detention in Villawood Sydney thinking that he can have his cake and eat it too....and my thoughts went to the video he made wearing a songkok and beginning the video with a salutation to ALLAH....and this guys is a murderer! How stupid can he think ALLAH is? In detention he is dreaming of the millions he thinks will get when he gets out of detention! I would think that I have a far far better chance of winning the lottery than Sirul getting those millions and getting to stay in Australia to enjoy those millions!

In March 2012, three winners shared the biggest jackpot in US history, which came to $474 million after taxes. This was the largest cash payout in world history.

It is now 10.45 AM and I need to write something more serious then these rantings and ramblings of my mind...and so I will cease and desists writing this for now.

Selamat Pagi and my the FORCE be with you!
Posted by STEADYAKU47 at Tuesday, January 31, 2017