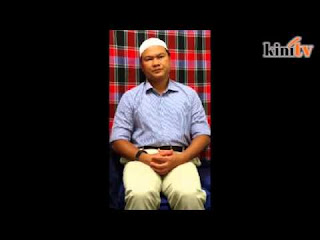 The law in the Australian Migration Act that prevents a person being sent back to be hanged prevails. Sirul Azhar Umar's refusal to mitigate to lower his mia culpa is what is obstructing Sirul's pathway to resolve his detention.

He has the right to engage the full judicial process to assert his claim not to be deported back as per construction of the Migration laws.

This is one pathway from which his Malaysian lawyers has sidelined him for reasons best known to them...and that is, that Sirul Azhar Umar  should apply for Bridging Visa E which requires him to mitigate on his inherent criminality under section 501 of the Migration Act.

This will most probably open a Tribunal and the full Judicial process that will hear out his plea to be allowed to be released into the Australian community and begin his life in Australia.

This requires Sirul to come out with the truth and nothing but the truth to plead his Character issue. Robert Chelliah : Australian Migration Agent


The above is a quote from Robert Chelliah, an Australian migration agent, fully conversant with the Australian Migration Act under which Sirul Azhar Umar may be able to find his freedom or continue to be held in Villawood Detention Centre indefinitely.

Let me put that in simple English.

If Sirul Azhar Umar wants the Australian government to release him from detention and allow him to live in Australia, he must convince the Australian Government that when he murdered Altantuya, he was just doing his job.

Why has he not done so?

The simple answer is that Sirul wants his freedom. Sirul does not want to go back to Kuala Lumpur. He wants to stay in Australia with the money he thinks he should have for murdering Altantuya.

He wants his cake and eat it too.

He wants to stay in Australia, he wants money for murdering Altantuya and he wants to be paid for the videos he made while in Villawood to absolve Najib Razak from blame for Altantuya's murder and for telling us that Altantuya is not pregnant!

Between you and me...that idiot has not been paid a single brass farthing for the video that he made. Who then did? Ask his Malaysian Lawyers who took the video back to KL after Sirul had handed it over to them during a visit they made to Villawood!

Well Sirul, here in Australia they do not release convicted murderers.

Here in Australia they do not release convicted murderers who profits from their crime.

And here in Australia the Migration Act quoted by Robert Chelliah will only consider the release of a murderer if he is able to convince the Courts that he murdered Altantuya because it was his job to do so - that he was only following the orders. That in essence he is of good character and that he deserves to be released into the Australian community.

Let me put things in perspective for Sirul.

You have now been detained in Villawood for a considerable length of time. What has happened in that time? The only significant thing that has happened is that you illegally made that video while you were in Villawood, had it smuggled out through your Malaysian Lawyers into Malaysia - a video that helped Najib to claim that he is not responsible for Altantuya's murder. But did that video help your case in anyway? No it did not because you made a fool of the Migration authorities in Villawood by making that video and having it smuggled out of Villawood.....and until today, what ever "rewards" you were promised for making that video has not eventuated.

A few months back you have been served papers by Altantuya father's Lawyers who will be suing you and a number of others for RM 100 million for the murder of Altantuya. This case may be delayed and has been delayed by the powers that be in Malaysia - but sooner or later this case will have it's day in court.....and should you somehow get your freedom from Villawood and somehow be allowed to stay in Australia and somehow have some money to show for the murdered that you said you did.....all this will be frozen by Altantuya's father's Lawyer until their case you is settled on way or the other.

From my sources I am informed that Sirul Azhar Umar is beginning to understand that all that is in front of him now is more time to be spent under detention in Villawood. He is bitter that it is so because he is adamant that his murder of Altantuya was just him doing his job. And now all the people that he has been depending upon to secure his release from detention and all the money they have promised was coming his way has all not eventuated.

He has plenty of time in detention to work all this out in his head. It serves Najib well that Sirul continues to be detained in Villawood. It is time that Sirul understand that in Australia, Najib does not have a say in the interpretation of the Australian Migration Act. That is the privy of the Australian Courts who can decide if Sirul character is good enough to have him release into the Australian community....and the process starts with Sirul applying for Bridging Visa E (as advised of him by Robert Chelliah) and all the attendant process he has to undergo in order to convince the tribunal and if necessary the Australian High Court, that he is indeed a person of good character who had murdered Altantuya because he was ordered to do so.

Now from whom those orders come from would be interesting to find out....but while Sirul is in detention in Villawood, we will never find out...would we? So it does not take an Einstein to figure out why some people in Malaysia wants him to remain locked up in Villawood for as long as possible so that they will not be compromised by what Sirul will say to the Australian Court to plead for his freedom.