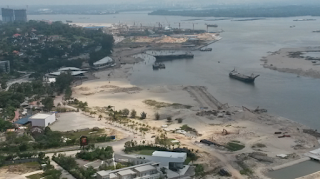 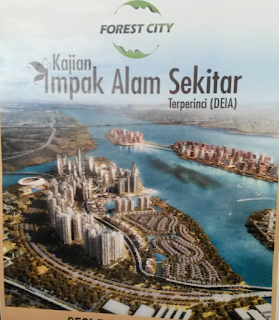 Forest City will deliver 9,000 housing units, an assortments of commercial-retail districts, a new football stadium and sports enters on four separate reclaimed islands  with a gross investment values of $150 billion.

R & F Properties Co Ltd is developing Princess Cove. This project will be a mixed use development with a 5-star hotel, office towers,parks, shopping malls, a clubhouse and luxury apartments. The development is built on 116 acres (46.9 hectares) of land to be completed within eight years.

Who will buy these thousands of houses, condos and apartments when they are completed.


But in China, individuals are restricted to moving the equivalent of US$50,000 out of the country each year. There were previously many ways to get around these capital controls, as banks and the government turned a blind eye to money going offshore.
But as China's currency, the yuan, comes under increasing pressure from capital outflows the banks have tightened up on existing regulations.

State-owned banks are delaying or even blocking money going overseas.
"We are now refusing all foreign currency transfers where the documents are not fully complete .... previously the requirements were not so strict," said a bank executive in Shanghai who asked not to be named.
In America, Canada and Australia, Chinese property investors are scrambling to save their investment as the Chnese Banks cracked down on money heading abroad and local banks  in the respective countries cut off lending to offshore investors.

As it is, local developers UEM, Sunrise Bhd, Sunway Bhd and SP Setaia Bhd who have building projects in Johor, have already been adversely affected by the influx of Chinese competition.

If the upcoming supply of homes built by these Chinese Developers cannot be sold because the Chinese government are clamping down on their citizens illegally taking money out of China to invest in Malaysia.....what happens to these mega projects?

Malaysians can't afford to buy these homes. Too expensive. Are Singaporeans going to invest in these projects....ask yourself this...if you are a Singaporean will you put money in a project like that in Malaysia? Where the likelihood of failure if high? Bloody unlikely!

As for "other" investors....who? Siapa nak invest kat Malaysia with a government as corrupt as BN and an equally corrupt prime minister at its helm!

And more important to the Sultan of Johor, what happens to the 36% equity he holds in Forest City if the project fails? 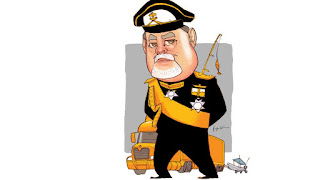 Little wonder the Sultan gets jumpy when Mahathir takes an "interest" in what the Tuanku is doing with the Chinese in Danga Bay !

Now on to another issue.

In China the bulk of money earned by its citizens is illegal, unaccounted for and untaxed - kept, like in India, in cash and hidden away from prying eyes under the bed, in storerooms or even pillows and mattresses.

And once laundered in Johor through these mega projects, these illegal funds from devious sources becomes cleans and can then be channelled to international investments through "helpful" Malaysian financial institutionns!

Funds from 1MDB found their way to America...and then to Hollywood....to properties in New York...to art masterpieces...mega yachts...private jets...and would have become "respectable" money if not for the efforts of the American Department of Justice!

Can you see the Attorney General of Malaysia, Bank Negara and other relevant authorities monitoring the vast sums of money coming into Johor from China to make sure that there are all legal money? Will the prime minister close one eye and shut the other to these abuses?

Are some of these illegal money already in Johor finding their way to Australia...maybe even  to Perth where his Royal Highness the Sultan of Johor is building his Istana?

A billionaire Malaysian royal, the Sultan of Johor, is putting down roots in Perth, the city where he quietly combines holidays with business deals.
Sultan Ibrahim Ismail, 57, has bought one of the last remaining riverfront blocks in Dalkeith, an exclusive Perth western suburb — an $8.5 million former matron’s quarters — and site works have begun for a three-storey house that will become a base for him and his wife, Raja Zarith ­Sofiah.
The design of the new Dalkeith home is considered understated for a tycoon who owns a gold ­Boeing 737. The house will have sweeping verandas facing the Swan River but will be built into the hill — each storey stepping down the sloping site.

These are questions that need to be asked....if not by our elected representatives in Parliament ...then by little old me.

This Johor Sultan has time and time again stated that the people of Johor is his primary concern. Well Tuanku, can you answer these questions without fear or favour because all you have done in Johor, including your involvement in the Forest City project, is for the good of the people of Johor....and not to line up your already bulging pockets?