Emmanuel Macron.......but that is not the news! 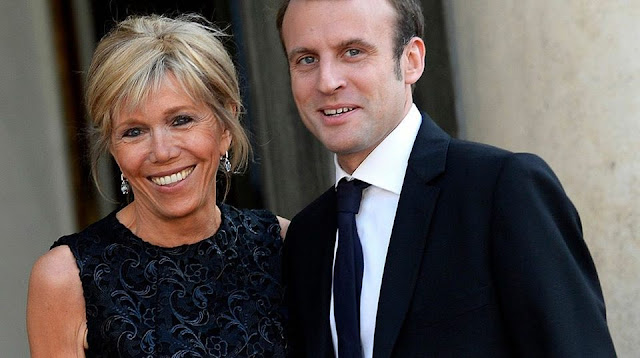 The man most likely to be the next French President is 39 years old.
But that is not the news.
He is married to a 64 year-old, that is still not the news.
His wife was his class teacher 24 years ago...not still the news.
His then class teacher had a daughter who was his class-mate...everybody including his parents thought this teacher's daughter was his girlfriend...nope they were wrong.
He fell in love with his class teacher when he was 15...she was "happily married" with 3 kids...now the "happily married" is relative in this context.
At 17, he promised to marry her. She was at the time 42 years.
They got married in 2007 with our man now 30...well she was almost 55.
Next month he is going to be sworn-in as the President of France 6 months to his 40th birthday while his lovely wife who has 3 adult kids and 7 grandchildren (her first child is two years older than her husband while her second child, the former classmate/sweetheart is the same age as him).

His name is Emmanuel Macron (39) and he is most likely to be the next President of France.