When Ministers are misquoted ...blame the reporters who support the opposition for spinning what they say to serve the purpose of the opposition.

When RM42 million of SRC International Sdn Bhd's money finds its way into "Dato'Sri Najib Bin Hj Abd Razak" AMPrivate Bank account ...you tell them you don't even know the money has been deposited into your personal account. 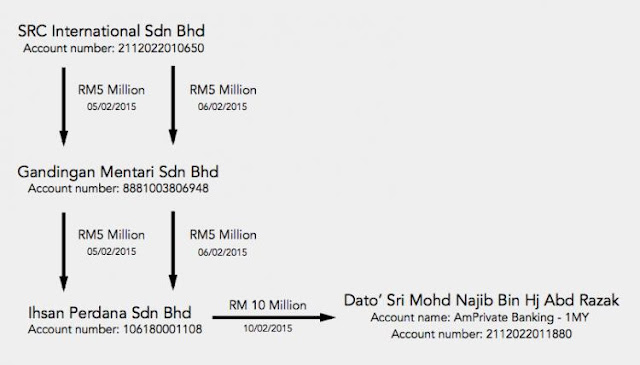 When RM2.6 billion finds it way into your personal account : it is a donation without consideration....and when RM2.03  billion of that donation was returned...it was because it was not utilised. Who are we to question najib when the AG is satisfied with that explanation!

When accused of corruption? Malaysia is clean...they are just lies by irresponsible parties conspiring with foreigners, blackmailers and forgers to topple the barisan nasional government.

High maintenance wife ? No lah....she went to Milan and New York not for shopping ma...on official business. To Istanbul with a planeload of luggage for a one day visit ? For Permata award. 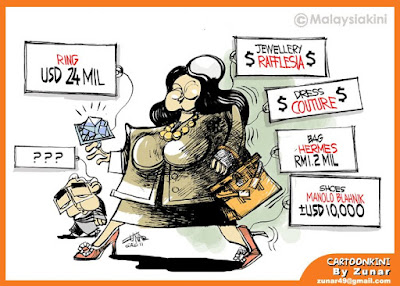 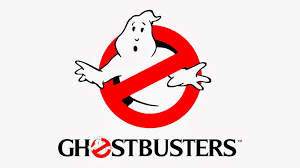 Cell phone cloning is a technique wherein secured data from one cell phone is transferred into another phone. The other cell phone becomes the exact replica of the original cell phone like a clone. 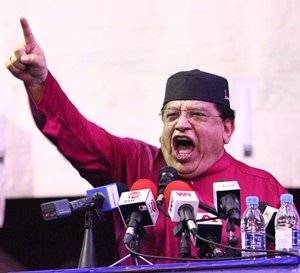 FMT Reporters
| April 17, 2017
Federal Territories minister says unforgivable act by culprits who cloned his phone.
PETALING JAYA: Tengku Adnan Tengku Mansor is seeing red after learning that 72 umrah pilgrims were sent pornographic images from his handphone.
In an article in The Star that quoted Mingguan Malaysia, the Federal Territories minister, also known as Ku Nan, said the act was unforgivable and that the matter would be investigated by the Malaysian Communications and Multimedia Commission (MCMC).
Among those who received the pornographic images through WhatsApp were several imams, who the minister himself sent off to Aceh, Indonesia on Thursday for a religious mission, the report said.
Tengku Adnan said he was made aware of the unsavoury pictures when one of the pilgrims informed him about it.
“Sometimes I leave my phone unattended. It’s my mistake that irresponsible people had probably taken the opportunity to clone my phone,” he added.
“This has happened many times before, but this time it’s worse,” he was quoted as saying.
He added that the MCMC had been ordered to look into the matter as what the culprits had done this time around was unforgivable.