Paraprodsdokians : I used to be indecisive, but now I'm not so sure. 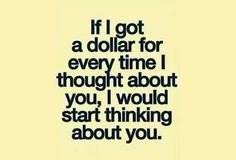 The first time I heard about paraprosdokians, I liked them. Paraprosdokians are figures of speech in which the latter part of a sentence or phrase is surprising or unexpected and is frequently humorous. (Winston Churchill loved them.)

1. Where there's a will, I want to be in it.
2. The last thing I want to do is hurt you.... but it's still on my list.
3. Since light travels faster than sound, some people appear bright until you hear them speak.
4. If I agreed with you, we'd both be wrong.
5. We never really grow up.... we only learn how to act in public.
6. War does not determine who is right, only who is left.
7. Knowledge is knowing a tomato is a fruit. Wisdom is not putting it in a fruit salad.
8. To steal ideas from one person is plagiarism. To steal from many is research.
9. I didn't say it was your fault, I said I was blaming you.
10. In filling out an application, where it says, "In case of emergency, notify...." I answered, "a doctor."
11. Women will never be equal to men until they can walk down the street with a bald head and a beer gut, and still think they are sexy.
12. You do not need a parachute to skydive. You only need a parachute to skydive twice.
13. I used to be indecisive, but now I'm not so sure.
14. To be sure of hitting the target, shoot first and call whatever you hit the target.
15. Going to church doesn't make you a Christian, any more than standing in a garage makes you a car.
16. You're never too old to learn something stupid.
17. I'm supposed to respect my elders, but it's getting harder and harder for me to find one now.

Spread the Laughter,
Share the Cheer,
Let's Be Happy
While We're here!
Posted by STEADYAKU47 at Wednesday, April 19, 2017

Email ThisBlogThis!Share to TwitterShare to FacebookShare to Pinterest
Labels: Paraprodsdokians