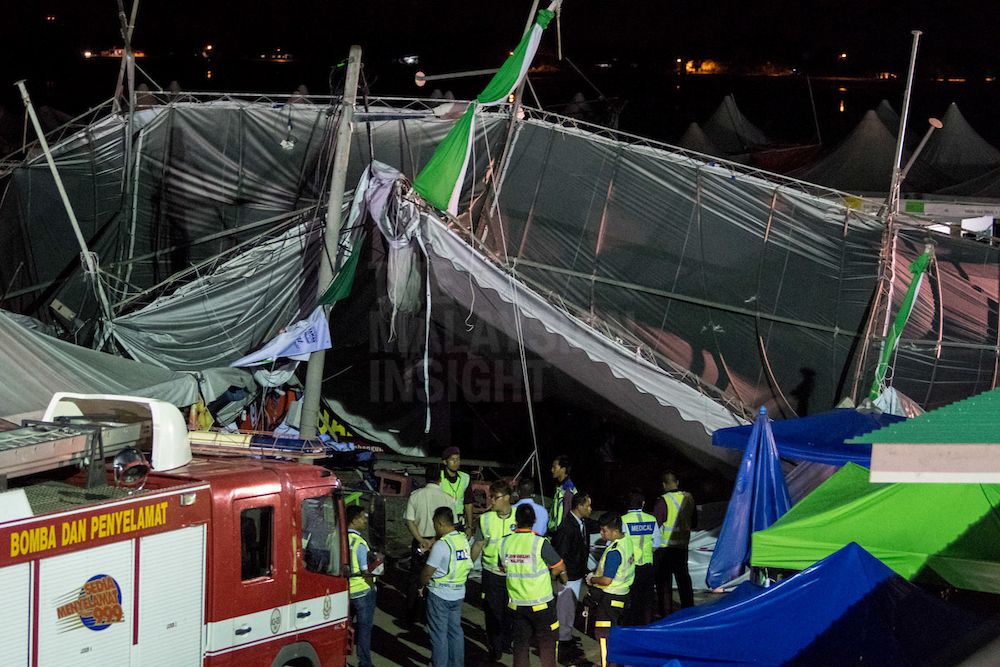 Police and rescue workers at the PAS Kedah complex in Alor Star after a storm toppled some tents there. – The Malaysian Insight pic by Hasnoor Hussain, April 29, 2017.
Updated one hour ago · Published on 29 Apr 2017 9:21PM · By Melati A. Jalil ·
SEVERAL people were injured when a storm toppled several tents at the Kedah PAS headquarters this evening where the party’s 63rd muktamar this being held.
A PAS official confirmed that several people were injured, adding that the Fire Services Department and police were at the scene to carry out rescue work.
The others at the muktamar have now gathered in the main building. Several ambulances also rushed to the scene and the injured were taken to Hospital Sultanah Albaiyah in Alor Star. – April 29, 2017.

Email ThisBlogThis!Share to TwitterShare to FacebookShare to Pinterest
Labels: PAS, ya ALLAH