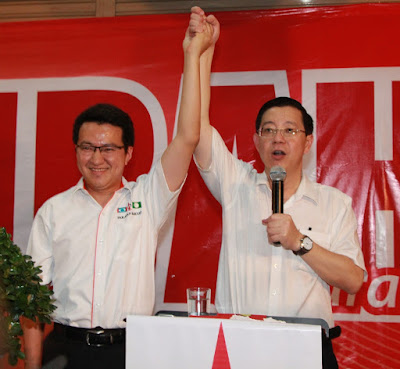 I would like to thank Mr Tan Chin Tiong, Director of Yusof Ishak - Institute of Southeast Asian Studies, for the invitation to speak at this excellent institution, of which I was a visiting research fellow in 2006. I would also like to express my appreciation to my friends Dr. Lee Hock Guan for arranging this visit and Dr. Ooi Kee Beng for chairing the session.


What are these seats, then? Most of these seats are semi-urban areas which have a town and surrounded by some villages with less than half an hour’s drive to the towns. In these semi-urban constituencies, most of the youth and adults are working outstation, residing in larger cities in the Klang Valley, and Singapore. Often these are seats with Malay majority voters but with a sizable number of non-Malays.
In fact, according to the Statistics Department, 65% percent Malays live in urban areas, while slightly more than 70% of the national population live in urban areas.
The semi-urban areas in West Coast Peninsula are likely to determine the outcome of the election. They are far from “rural” as most observers and politicians would like to think of them. Also, the current Malay discontents are even enveloping FELDA areas which are deemed fixed deposits and rural, a stronghold for UMNO.
In short, much as the Opposition is vulnerable, Najib is walking on thin ice, too.
Regime’s strategies
What are Najib’s strategies to survive?
It is not that Najib doesn’t understand the precarious position he is in. I supposed he has resigned to the fact that UMNO would not be able to win an outright mandate in the coming election. Hence, he had been trying to break up the Opposition, as soon as the 2013 general election concluded.
There were even attempts by Indonesian Vice President Yusof Kala to broker deals between Najib and Anwar Ibrahim, between June and August 2013 which Anwar rejected.
And, since then, Najib’s strategies included:


• Putting Anwar Ibrahim behind bars, hence depriving the Opposition its Prime Ministerial candidate and unifying figure;
• Luring PAS into forming a de facto alliance with UMNO on the pretext of promoting hudud legislations; and
• Portraying the Opposition as a DAP/Chinese dominated alliance.


However, in his grand scheme to win by default, Najib did not anticipate that:


• The Opposition survives despite Anwar’s imprisonment;
• A sizable number of PAS leaders had formed Parti Amanah Negara in September 2015 to continue the struggle, and many in PAS still disagree with their top leaders’ collusion with UMNO; and
• UMNO would split in 2016, and Parti Pribumi Bersatu Malaysia would be formed to join Pakatan Harapan.


Broadly, even without Najib at helm, UMNO is weaker than in the 2013 election for the following reasons:
First, since independence till the 2004 general election, UMNO ruled through an extended coalition of Alliance/Barisan Nasional, and governed with a substantial support from the non-Malays. But the comfort of buffers formed by BN component parties in Peninsula eclipsed since UMNO made a right turn – becoming more visible in its claim of Malay supremacy – in July 2005 with Hishamuddin waving the kris at UMNO General Assembly, which caused massive defeats of MCA, MIC and Gerakan in both the 2008 and 2013 general elections. UMNO dug further in since 2008 to push the racial line in the hope to expand Malay support but achieved very little.
Second, as UMNO is incapable of expanding its support base since 2013, collaborating with PAS becomes an attractive option. UMNO hopes that by colluding with PAS to divide the society into a battle between Muslims and non-Muslims, the UMNO-PAS de facto alliance would win enough seats between them to form the next government. However, as an unintended consequence, such a move further alienates non-Malay voters in the Peninsula, as well as majority of voters in Sabah and Sarawak.
Third, while Najib the man managed to command more support among Malay voters compared to UMNO the party in the 2013 election, the situation has changed. Najib is now a burden to UMNO due to the 1MDB mega scandal, and unpopular economic policies such as GST, fuel hike and cuts to basic amenities like health and education. Angry UMNO leaders and members have formed Bersatu and this new Malay party is making inroads to areas previously inaccessible to the Opposition.
In short, UMNO under Najib is on a narrowing path with a much smaller base than ever. If Najib is still perceived as strong, it is because the Opposition is seen as weak and disunited. Najib is not strong on his own merits but only survives in a vacuum.
What’s ahead?
The known knowns are that Najib is not popular, and there are serious discontents among the Malays.
But there are certainly challenges for the Opposition to overcome in order to precipitate change.
First, while there are serious discontents among the Malays, the Opposition must stand for something inspiring and visionary, and not depends solely on the anger against Najib as forward strategy. The Opposition must stand for more than just removing Najib. The economy and the well-being of the people should be the number one priority.
Second, the coming together of Bersatu and the Pakatan Harapan parties, namely Parti KeADILan Rakyat, Parti Amanah Negara, and Democratic Action Party, is a reconciliation of unlikely former foes. Who would imagine Dr. Mahathir and Anwar Ibrahim forming an alliance nearly 20 years after their very bitter fallout in 1998. But the coming together of the once political father-and-son can unleash huge energy if handled properly. After all, both Mahathir and Anwar are positive leadership figures compared to Najib, and they each appeal to some segments of the Malay electorate.
Third, to present a common agenda for Mahathir’s audience and DAP’s supporters is another challenge. If Mahathir and Bersatu go on a racial campaign, it will depress the support of non-Malay voters, which in turn creates a lose-lose situation for the entire Pakatan Harapan coalition. Likewise, the regime’s attack on Mahathir and Bersatu is that they are associated with the DAP. The presence of DAP can also depress the support for Bersatu and other Malay-based parties like PKR and Amanah if the Opposition is unable to break out of UMNO’s racial playbook, and articulate new narratives that can bridge all groups in a larger vision.
Fourth, PAS as UMNO’s “new friend”, as Zahid Hamidi calls them, is a reality, and the sooner a clear line is drawn between the genuine/official Opposition, Pakatan Harapan, and the pseudo “third force” of PAS, the better it is to condition the voters to vote along the line of those “for Najib”, and those “against Najib”.
Fifth, the ultimate challenge for the newly re-aligned Pakatan Harapan that included Bersatu, is that Najib could just exit the scene and take out the raison d'être of the Opposition and the anger in the community.
If this is to happen, can the Opposition survive this unlikely but not impossible Black Swan?