M Manogaran : Why the Malaysian Indian Blueprint (MIB ) will fail. 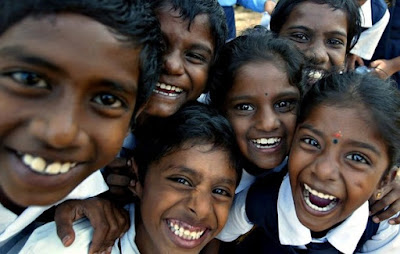 The Prime Minister launched yet again another blue print for Indian Malaysians yesterday in Kuala Lumpur.

1.This new MIB is nothing more than an election gimmick.The trend is always the same, announcing something very grand for the Indians on the eve of a coming General Elections (GE14).

2. There is no sincerity.
It is very much doubtful whether the PM is sincere as his main motive is to get the Indian votes for the GE14. There is no love or affection by UMNO leaders for Indians.When you are not sincere you will not deliver the goods.


3. MIC is a shameless party.On their own they cannot do anything for the community.If the PM is serious about the MIB he will not use MIC to achieve the objectives of MIB. MIC is a failed party and
again they will use the MIB fully to hoodwink the poor Indian community to get their votes.


4.MIC has failed many times and again the PM has tasked the MIC president to head the implementation of the MIB.The MIC president is an inefficient president and by the time the goodies reach the poor Indian people most of the funds would be leaked and sucked up by the forever greedy MIC members.

I call upon all Indians not to be fooled by the PM and MIC. This is nothing more than a election gimmick to get Indian votes.
Why not give an immediate allocation of RM1 Billion for the Indian community to be managed by an independent professional body, company or organisation to carry out immediate programmes for the community?

Why must there be a 10 year blueprint when we are 60 years behind time.


I would not blame MIC entirely as they are deadwoods seeking for survival but I call upon the PM to not insult the Indians time and again to only get their votes.

The Indians must reject BN in the GE14 as I am very sure that after the GE14 there will be no MIB and the Indians will be fooled again.

We Indians must wake up and stop dreaming about this so called MIB.