TMJ : When push comes to shove...cowards are nowhere to be seen! 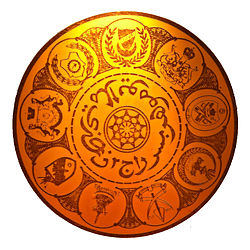 7.20 am Monday morning. This was the comment I came across on my whatsapp group chat about Mr Sultan's son who cowardly hantam a Commando who was unable to defend himself....."Keluar negara to Spain n Portugal am told. Main aim to acquire new players"
Ptui! Dia cabut lari lah!
At a time when the "ship" he and his father have been talking about is sinking....the same sinking ship that they both say we should stay on....the same ship, they insist, we must not change captain of despite the captain being responsible for the sinking of the said ship....what is happening with the Royals down South? The son has cabut to parts unknown and Mr Sultan has hushed his mouth! Huh! When push comes to shove...cowards are nowhere to be seen!
Anyway...the following was shared with me by a dear friend up North...and I am sharing it with you guys...on the same topic but this concerns ALL the Royals. Please read and keep your thoughts to yourself...you know what they can still do to you now when you talk about the Royals...kita boleh pebetulkan keadaan ini selepas GE14....Tun will know what to do to the Royals!!! Until then....DIAM!

Don't you find it humorous? While the civilised society is trying to figure out why rules are introduced at the last minute and why the Federal Constitution is being trampled in order to ensure a win for BN, the person who appointed the clowns to uphold the laws laid down in the Federal Constitution is sitting in his parlor with the queen and counting money and eating bread and honey.
Does the power bestowed by the Federal Constitution on our king becomes indispensable such that his appointees are free to pick and choose who they are answerable to - not even to God!!
Nine of them to rule over 30 million people who are being screwed 24/7, but when it comes to reprimanding people who keep their bank balance afloat, all these nine suffer from Erectile Dysfunction.
To all 9 of you.....you are there for a reason: to protect the rakyat and the country by appointing people of integrity to carry out the functions of judiciary, security and other duties of an independent nature.
Maybe it's time to start doing your job that is paid by the rakyat. At least the rakyat know who they bowing to.

Email ThisBlogThis!Share to TwitterShare to FacebookShare to Pinterest
Labels: TMJ and Sultans