Cakap cakap...Loyalty to each other. 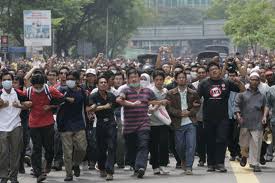 From my heart….with my heart, I ask that those who are with Pakatan Rakyat, with DSAI, with RPK, with MCLM….all of you that are not with Barisan Nasional….please remain focus on what we need to do:

Our work to rid ourself and our country of this
plague that we call Barisan Nasional. 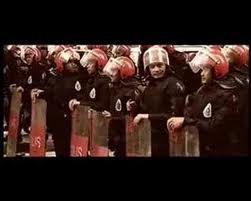 We need to do this so that we, our children and our children’s children will have a better and more decent life than the one we are now living. We want an open and responsible government in place of Barisan Nasional.

Pakatan Rakyat, DSAI, RPK, MCLM you or me cannot do this without help from each other. Stay within our ranks. Stay together. Say what you want of Barisan Nasional but they know that their survival depends on them being together. The reality is that even evil can draw men together!

All the snippets of information, loose talk, pieces of news and shreds of lies and half truths that passes for the truth flying around through the electronic media, the local media and being discussed over teh tarik and roti chanai in the mamak stalls and over Caffe Latte and Espresso at Gloria Jeans and what have you are just Rojak and Ice Kachang. A jumble of ingredients that somehow manages to please you in the tasting but does nothing for your good health (with apologies to those who make a living from Rojak and Ice Kachang!) Please keep your focus on the task ahead.

What Petra said or did not say at that TV3 session, what he inferred was said by DSAI and Din Merican’s involvement in the whole matter, please let it not distract you from the facts as we know them about the Altantuya murder. And these are the facts: 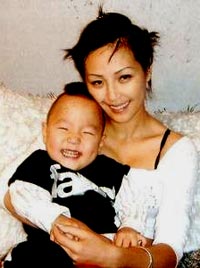 Altantuya was shot twice in the head and her body blown to bits using C4 explosives. Explosives that is used by the Military in Malaysia.

Two UTK operatives of Najibs security detail were sentenced to death by the Shah Alam High Court for the murder. The two will be taken to a place of execution where they will be hanged by their neck until they are dead – as the High Court Judge puts it.

Why these two UTK operatives would want to murder Altantuya whom they have never met or know is yet to be determined. 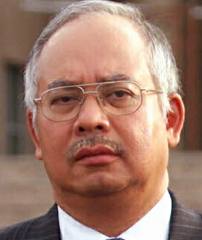 Why did Datuk Seri Najib sms Razak Baginda
“I am seeing IGP at 11 A.M. today …. matter will be solved … be cool”

Why did Najib messaged Shafee (Razak's Lawyer)
“Pls do not say anything to the press today. i will explain later. RB will have to face a tentative charge but all is not lost.”

Those are the facts that till today have not been satisfactorily explained to the people of Malaysia by the Courts, by Razak Baginda nor by the sender of that sms – our Prime Minister Dato Seri Najib Tun Razak.

The two convicted murderers are awaiting execution and their death will conveniently close one chapter of this sordid tale. Razak Baginda left for London shortly after the trial and has not been back in Malaysia since for reasons best known to him. Datuk Seri Najib is now the Prime Minister of Malaysia. It would look like everything has been resolved and all the dirt swept away…but the devil are in the details.

Everything has been tidied up and yet the dirt, filth and sleaze over the murder of Atantuya is still hovering over Najib and Barisan Nasional. Questions of deceit, greed, corruption, abuse of executive power of those holding public office in government and murder most foul clings overpoweringly to the person of our Prime Minister and  Barisan Nasional. It will not go away. Anywhere our Prime Minister goes, whatever he does Altantuya continues to hound him 24/7. And now Petra, for his own reason, chooses to resurrect Altantuya again.

Do not attempt to second-guess Petra. He spins what he wants, when he wants and how he wants. Focus on the facts as I have outlined them. I would like to remind all those that are against Barisan Nasional (and I include Petra in this grouping) to stay within the family - our family.

Yes we have our difference and we have our quarrels but like I told my wife yesterday: I realize that for most of our life together, I have been the one to say hurtful things to her. She has never said anything that had hurt me on a personal basis - she has upset me, irritate me and even at times made me angry by her words but she has never hurt my feelings with words. From today, I told her, I would try to not say anything that will hurt her. I told her that it will be hard for me to do so but I will try. And I will try because I do not want to hurt someone I love and care for.

We love all those that are with us in this fight against Barisan Nasisonal. And so for all of us that are in the same family let us discuss, argue and agree to disagree on things that matters and things that do not. Remember that all that we send into the lives of others will one day come back into our own. Do listen to each other for each of us will have our story to tell. When we have done talking, close ranks. You are one, with me we are two. Who else will join us?
Posted by STEADYAKU47 at Thursday, April 21, 2011

Email ThisBlogThis!Share to TwitterShare to FacebookShare to Pinterest
Labels: cakap cakap loyalty to each other