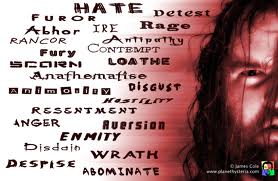 Build strength around our Anger!

Everyday, without fail, I am continuously astounded by the unending attacks on Anwar Ibrahim by this Barisan Nasional government. When enough space has been taken up by Barisan Nasional media about DSAI they are not beyond going to defile the dead. Teoh Beng Huat is dug up to be branded as corrupt. Because after DSAI they really are bankrupt of individuals to go after from within Pakatan Rakyat.

The MACC is lauded as the paragon of anti corruption when it arrested more 60 custom officers.

During the operation, a joint effort between local law enforcement agencies, the authorities seized gold bars, bags of cash containing up to RM600,000, luxury watches and expensive cars.  Those arrested included a state Customs director who was reported to have millions of ringgit in several bank accounts.
Ahmad Sarbaini was among those detained on April 1 by MACC over allegations of graft involving billions. Investigators estimated that about RM10 billion had been smuggled out or remitted overseas.
Did it ever occur to this Barisan Nasional government to be embarrassed that 60 of THEIR custom officers were arrested? That there were no check and balances in place that could prevent a State Custom Director from amassing millions of ringgits in their bank accounts? And not to mention the gold bars, bags of cash, luxury watches and expensive cars seized! What would MACC uncover if they went after UMNO? Bags of cash, gold bars, luxury watches and expensive cars too? The mind boggles when we recall this Mat Taib aka the then Menteri Besar of Selangor was forced to resign over the RM3,8 million he tried to bring into Australia in 1997. That was ten years ago – at today’s value that would be closer to RM7 million ringgit! Imagine Mat Taib walking around with RM$7 million into Australia! If that was what he brought to Australia just think how much he must have in Selanagor!
This is the same Barisan Nasional government that holds effective executive control over our government and all the government apparatus that does its bidding without question – the Judiciary, PDRM, the various government departments….a never ending source of weapons used against its own Rakyat. A weapon used to bludgeon Kugan and many others to death while under PDRM custody.

No I want you to hold on to this anger you have with Barisan Nasional. This anger at Barisan Nasional must be starved. Do not feed it. Every day, in every way let it grow inside you as it is growing inside me. 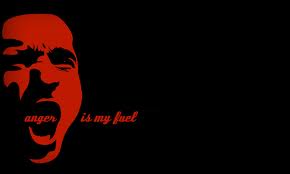 We have a right to this anger and do not let any one tell you otherwise. Our anger at Barisan Nasional must be one third used to make preparations for the coming 13th General Elections. One third used now to spread our anger to others who we need to bring onto our side against Barisan Nasional. But always leave one third of this anger starved so that come the 13th General Election we will still have that anger burning inside us to ensure that the final surge to rid ourself of Barisan Nasional is done with the vigour and strength that will claim victory for Pakatan Rakyat.

We must feed this anger everyday. When people are angry they will bring about change. And change is what we want at the 13th General Election.

IN THIS FIGHT WITH BARISAN NASIONAL
ANGER IS GOOD FOR YOU. 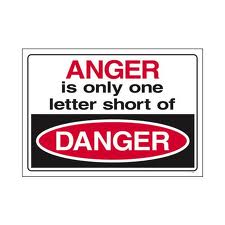 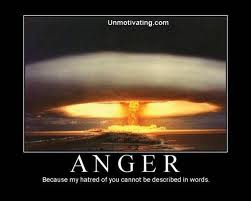 Email ThisBlogThis!Share to TwitterShare to FacebookShare to Pinterest
Labels: strength from anger