Cakap cakap...nothing about Najib or Anwar.


Last Sunday night, while watching TV I came across two programs where two iconic Australians were being interviewed and it turn out that both were Malaysian…well ex Malaysian really. 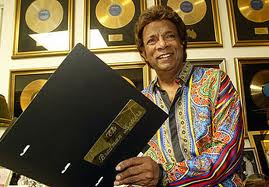 One was Kandiah Kamalesvaran born to Tamil Hindu parents who grew up in Brickfields, KL and studied at the Victorian Institution. At age 19 he came to Australia to receive a higher education and stayed. Of course he is now better known as Kamahl – a singer who has sang at the London Palladium, Carnagie Hall and for Queen Elizabeth II amongst others. An Australian icon that originated from Malaysia. 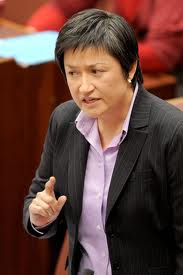 The other was Penny Wong. Born in Kota Kinabalu, East Malaysia to a Malaysian Chinese father and an Australian mother. She moved back to Australia with her mother when her parent separated. She is currently the Minister for Finance and Deregulation for Australia.

And I thought of home…I thought of Bangsar, my favourite See Kee curry puff in Bukit Bintang, satay in Kajang, ice kachang and nasi dagang at Kampong Baru…among other things. And I ask myself again why I left KL way back in 1978?

There are too many reasons to tell and most of them are too personal to relate but I remembered that on the plane to Perth, I had one hope. To live a better life with my Family. To leave the unpleasantness of a family divided and to try and see if I can be my own person in a country I have never ever been too. We arrived in Perth where  we did not know a single soul with less then AUD$100 between us and our daughter Terrina, then not even 3 years old.

It is now 2011. Over thirty over years later. Terrina is now living in Canada with her Emett and their two daughters, Isabel and Sofie.

We are in Adelaide with our son Zach. Zach is my Rock. No regrets but with some sadness because I was not with my parents in their last conscious moments on this earth. My two brothers have no consequence in my life. My sister I miss very much.

Everything else, relatives, friends, acquaintances, life style, food etc etc I do miss from time to time but not enough to make me think too much of home. KL is still home to me. When I do think of home, as I did yesterday, the memories comes flooding over me with a surge of emotions that tugs at my heartstrings. But if truth be told I miss my Father and Mother most.

My Father never taught me anything much but I learned a lot from him. I watched him lived his life around his family and my Mother. My mother came first. The love they had for each other started from the days when they first knew each other. They were first cousins and must have known each before their teens. For that love to last all their live and even after my Mother’s passing, must have been wonderful. My Father never remarried after Mother died. He was alone for over 10 years of his life. I love my Father with all my heart. I hope the same love will also be there for my wife and me. So far so good.

My Mother is a Saint and I am not saying this because she is my Mother! No unkind words for anybody – not even me, her prodigal son. When I quarrelled with my Father she will ask me to go kiss his feet and ask for forgiveness. I did. She was the only one who knew how to cook my favourite fried fish and black salted beans with garlic so that it got just the right mix of spiciness and crispiness that made all the difference to the meal. If she had one fault it was to ask me to play her La Cumpasita and Patah Hati tune on the piano as often as she could. My regret is that I did not play it as often as she had asked me to do so. I love my Mother as much as I do my Father.

I have no fond memories of times with my two brothers. None at all. I left for MCKK in my early teens and from then on I have lived on my own until I met my wife in London and from then until now, we have been together. 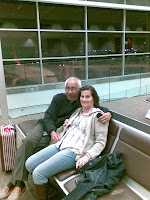 I married at 21 while in London in 1972 and today I am still with the same girl – both of us a little bit older and a little bit wiser. I enjoy her company more then I enjoy the solitude that I must have for myself. We talk to each other everyday but enjoy the silence between us just as much. Sometime she makes coffee for me sometimes me for her. But we have our meals at different times. We eat when we are hungry – breakfast, lunch and dinner. Sometimes we do make an effort to have tea together in the back garden when the sun is out. Both of us are now over 60, way beyond 60 but we do not sit down quietly waiting for the hereafter. We live life.

A bit more money would help. We would like to go and see Terrina and her Family more often in Toronto but we do need to cross a few continents and a couple of oceans to get there. And that would take more money then we can spare for now.  And as we know money is never enough for almost everybody – even for the very rich.

This blog is one of the things in my life that I can live with or without–depending on the seasons of my life. This morning I powered my PC on at about 5.30 am and posted two articles on my blog before I made myself a cup of coffee…and then my mind went blank. I wanted to write some more but nothing clicked. Nothing clicked until I thought about home….and I wrote about what was in my head….and that is the only way I know how to write – with my heart.

Email ThisBlogThis!Share to TwitterShare to FacebookShare to Pinterest
Labels: HH