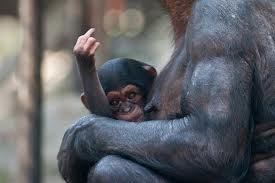 The 10th Malaysian Plan, which covers the period from January 2011 to December 2015 outlines the Barisan Nasional Government’s policy priorities over the next five years. It has allocated RM23 billion for defence & security. In contrast the savings from the latest withdrawal of subsidies was less than RM1 billion. Back up a little bit here:

I am not going to go into the promise of the BN government to raise Gross National Income (GNI) per capita from RM21, 000 to RM38, 850 in the 10th Malaysian Plan.

Nor will I look at the BN government’s intention to reduce the fiscal deficit from 5.3% of GDP to less than 3% by 2015.

In the 10th MP the BN government also wants to increase the composition of highly skilled workers in the country from 23% to 37% by the end of the 10MP period.

“Promises”, “intentions” and “wants” of the Barisan Nasional Government are notoriously subjective to the prevailing financial situation of their political elites, UMNO warlords and their cronies and not of the Rakyat or the Nation. Just let us look at this as an example:

When a unit of Petronas purchased $220 million of Konsortium Perkapalan  (KP) assets from Mirzan Mahathir’s it was not because Mirzan had trouble servicing its $490 million debt. No it was not a bailout of Mahathir’s son! It was in line with the government intention to raise the income of the Mahathir’s family - who are Malays (questionable?) and Malaysians – thus you can equate that to raising the Malaysian GNI (or the GNI the Mahthir’s family – which is really the same thing lah!) by a few hundred millions – which by now, has increase into the billions.

So no going there. I just want to look at the withdrawal of subsidiaries that will save the government less than RM$1 Billion against the provision of RM$23 billion for defence and security.

“The government's reduction of sugar subsidy by 25 sen a kilogramme is not to burden the people but instead is to help Malaysians practise a healthy lifestyle, said Domestic Trade, Cooperatives and Consumerism Minister Datuk Seri Ismail Sabri Yaakob.

Come on lah stupid….........people on low income will be affected when the cost of sugar goes up! Duh?

Now just let us go back to the spending on Defence and Security. Where does the RM$500 million commission paid to Razak Baginda's company for the purchase of the Submarines falls under?

Hell they might even be able to put it in the same category as saving Mirzan’s ass – under increasing Malaysia's GNI. Can someone with a Wharton MBA please explain? I know that Mirzan has one but he has a vested interest in all this – so someone else with a Wharton MBA will do. Anybody?

Amazing! This BN government has the audacity to take away the subsidy from sugar that will affect millions of Malaysian. They then use the money “saved” to pay their cronies generous commission, save the Prime Minister’s son ass from bankruptcy…and god knows what other “payments” given to a handful of individuals at the expense of millions of Malaysians! Only in Malaysia. Only in Malaysia under a corrupt Barisan Nasional government
Posted by STEADYAKU47 at Sunday, April 24, 2011