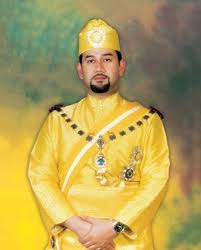 Here we go again. Another honours list. Heading the list is someone who cast aside his ailing father as head of the family. He also had problems with his younger brother.
Two Princes fight over a Bentley 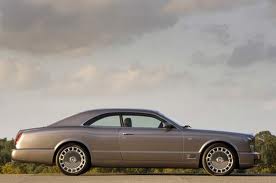 Two Malaysian princes have finally achieved an out-of-court settlement, finishing a row over who had the right to use the Bentley owned by their father.

The dispute between the sons of Sultan Tengku Ismail Petra has humiliated the royal household of Malaysia's eastern Kelantan state and wound up a recent power struggle among palace figures while the sultan was stricken by a heart-related illness.

Tengku Muhammad Fakhry Petra, the sultan's third son, took his eldest brother, Tengku Muhammad Faris, to court last September to seek an order that he had the right to use the Bentley Brooklands uber-coupe worth £330,000.

Fakhry assumed he had paid for the car in 2008 for his father's and own use, even though the sultan was registered as the official owner. In July, representatives of Faris took away the car while Fakhry was abroad and refused to give it back to him.

Fakhry's lawyer, Haaziq Pillay, told the Kuala Lumpur High Court that Fakhry was withdrawing his action on the wishes of his father, who will determine who gets to use the car. Mr Haaziq said Fakhry managed to use the car recently and has no objections if his brother also wants to drive it.

Faris did not explain why he apprehended the car, but insisted in a court statement earlier this year that Fakhry's lawsuit was "frivolous".

Sultan Ismail's illness over the past year has resulted in a scuffle between his sons and their allies for influence over palace decisions and, potentially, succession to the throne. The feud dribbled into the public eye, offering a rare glimpse into the lives of royal households that generally enjoy immense privacy and privilege. 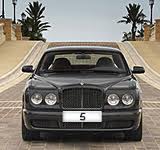 That this man happens to be the Sultan Of Kelantan probably qualified him to head the honour list of another Sultan! Go figure that out!


comment:
Bro Hussein,
We Kelantanese beg to differ on this subject. The whole feud in the family was caused by the many actions of the current Sultan's mother who seemed to have been imposing her will on the family and even on the decisions of some of the state government. Her worst action was to marry off the current Sultan to one of her relatives from Thailand which ended in a divorce as many presumed the marriage was not consumed.
We Kelantanese are pretty comfortable with the current Sultan who is perceived to be of higher moral standing and religious background compared to the rest.
Please go ahead and run down the others but please don't touch our Sultan who is perceived to be one of the better ones to have come our way.
The Bentley? I presume all were paid from the Rakyat's money and we don't mind him using it.
Orang Tua Kelantan.
Posted by STEADYAKU47 at Tuesday, April 19, 2011