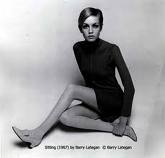 London in the 1960’s was an amazing place. To be in London in my late teens at that time was simply too much for me. There was no urgency to pass exams or even any attempt at study. The Beatles and the Rolling Stones were living in the same London as I was then. They in their mansions and me in my bed-sitter in Oakfield Road in Finsbury Park. Walking along Carnaby Street blew my mind to bits. Piccadilly Circus was indeed a circus where you sit in the middle of everything and watch the world go by. Selfridges and Harrods were places I go to look and see – not buy. And yet through it all I kept sane most probably because I have never learned to smoke or drink any alcohol - not then, not now. Never liked them. So my mind was clear at all times and I somehow always had enough to eat because I did not need any money for smokes or beer.

If there was anything I learnt in London it was to survive. Even at 18 years old solitude was my preferred companion. No acquaintances definitely no friends. So I spent my time walking the streets of London questioning, even then, the meaning of life.

You go to Hyde Park on the weekends and you can see the Universe at Speakers Corner. Those who talk up God and those who talk down on God. Indians speakers who call London their home and call upon us Asian foreigners to go back from where we came from. You can see an orator in full flight calling upon all sinners to repent before judgement day comes. And right next to him will be another damming him to Hell because “God Loves those who Love to make Love”. Yet in all the craziness there was order. It was a time when we all knew our limits. We all treated the other as we would like them to treat us. So all was good.

We did read about Mick Jagger urinating in public. The Rolling Stones sang about “Satisfaction” and “Lets Spend the night Together” but what the hell, we expected that of them – after all they were the bad boys of the 60’s. When Brian Jones died in 1969 it was after the May 13 riots in Malaysia. His death was another excuse to cut classes at Ealing Tech where I was then.

One unforgettable moment of my time in London was when the Beatles came out with “Hey Jude”  - a wonderful tune seven minutes long. It really defined the London of the day where the Beatles reigned supreme and who can forget the “Na na na na…” at the ending with that turban Sikh singing along with everybody! Just imagine spending seven minutes of your time with the Beatles and singing along with Paul and that Sikh as the “Na na na….” fading into space! I remembered that Ringo looked so good with his moustache that I tried to grow one myself but no can do lah!

I bought my first car in London. The guy I brought it from? Hamid Hussen. We knew each other because his Father, Hussein was the Commissioner of Police, my Father’s boss. Yes I am Hussein Hamid and he was Hamid Hussen. I think I paid Ten Pounds for the car – a Mini (that was almost a Cooper because it had a Cooper badge on it somewhere). I wanted it as soon as I saw it because there were so many dials on the dashboard that it made me feel that I was driving the Concorde, which had just then taken off on its first flight!

My next car in London was a racing green Jaguar MK II and so began a love affair with Jaguars that have lasted until today. When I can afford one, I will buy myself one. When I cannot afford one I dream of the next one that I will get when I can. I have had two MK II and 3 XJ6’s and two Daimlers since then. Nothing comes close to a Jag but the maintenance will kill you. One time in KL I drove around in an XJ6 for two years with no driving licence and no road tax. I was never stopped by the Police. And when I was stopped at the various road blocks around town the Mata Mata was too busy looking at the car and its occupant (me with my white hair) and in doing so were suitably impressed to wave me on without checking my road tax or my license. That is what a Jag can do for you. 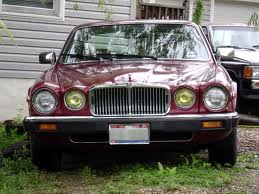 My mind is starting to wander because a few emails are coming in and I do want to go onto the net and see what else is happening in Libya and the rest of the world. Amazing thing this Internet. I am still not over being amazed at how I can “see” what is happening in KL and then jump back to Oz at a click of my mouse! Enough for now and I will write more of my life when it please me…and not a minute earlier or a minute later…until then I wish you all well and many thanks for reading what I write.
Posted by STEADYAKU47 at Tuesday, April 19, 2011