The number of failures, mismanagement, weaknesses, false claims and irregularities discovered by Audit Department when Dr Nor Shahidah was the CEO of Ninebio Sdn Bhd:

Failure to provide business plans
Failure to establish company policy and procedure
Failure to establish company strategic direction
Failure to provide financial budgets
Failure to distinguish between grant and income.
Failure to provide supporting documents for expenses.
Failure to comply to limits of authority.
Failure to seek board approvals for 6 Variation Orders (VO).
Failure to seek board approvals before awarding contracts.
Failure to carry out financial due diligence before signing agreement
Failure to manage the company due to too many payments made to external consultants
Failure to establish clear scope of works for appointed consultants.
Failure to manage and incorporate internal controls
Failure to comply treasury rules and regulations
Failure to cooperate with the board of directors
Failure to manage staffs and company resources
Failure to focus on business development
Failure to seek board approvals for taking leave and travel (52 days in 2007)
Failure to provide reports and update for overseas travel (no justification and purpose)
(Extracted from the Jabatan Audit Negara (Accountant General) report.)
A former CEO of Ninebio Sdn Bhd, Datuk Dr Nor Shahidah binti Khairullah was terminated in the first quarter of 2008. She was found guilty of false claims and irregularities at the Ministry of Finance Tribunal. The special hearing was conducted based on the report findings by Jabatan Audit Negara. Subsequently, the company lodged a Police report. Now, she is still free woman pending the outcome of ongoing investigations by Police and Anti-Corruption Agency (ACA).
During the course of investigation, Malaysian-TAXPAYER uncovered the involvement of 3 senior public officials from the Ministry of Health to siphon pubic fund with the help of an Executive Chairman of a public listed company. Read on…The crime committed by ex-CEO of a GLC Datuk Dr Nor Shahidah Khairullah.
DG MOH: Tan Sri Datuk Dr Hj Mohd Ismail Merican. Sugar Daddy protecting Dr Nor Shahidah. 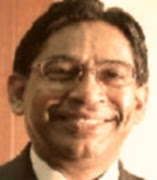