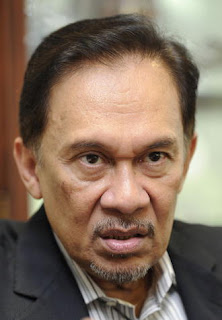 They say that sometimes you cannot see the forest for the trees. Our inability to see what is obvious has damm many of us to the realms of those who are ordinary.

DSAI is one of those people who are less ordinary. He is what he is now not by accident of birth, race or religion. He is where he is now by dint of what he has done with his life in the time that he has lived till now.

At time circumstances shaped him into what he has become. He has not come out of being within UMNO unscratched. His years in Sungai Buloh did not seem to leave him with a desire for revenge or retribution  - or so it seems. Where most of us live through one lifetime, Anwar has lived through many – the heights and depths of which we ordinary mortals cannot even begin to dream about!

If he had remained the friend that I knew from MCKK days then at most I would have kept in touch with him only  when we had our class get together done once every decade or so. But Anwar chose instead to go into politics and he did become DPM. While I hope we are still friends we both cannot ignore what we have now become. He leader of the opposition and me a blogger. Our public persona now speaks out more often then our friendship – if there is still one. But as KB (one of our classmates) has  said : “We are Family”.

Last night I was forwarded an email now circulating within PKR :

I have posted that email on my blog with my comments. It would be for Zaid and Nurrul to respond appropriately to the contents of that email but suffice for me to say that that particular email did no service to PKR or Pakatan Rakyat  - it only did good for UMNO.

I have read the various comments and posting in response to this email and I would now wish to put in my two cents worth.

I would like to address my response direct to Anwar.

Saudara all that we can do is to try and understand what it is that is now inside your head. As you have said before you have spent time in Jail and it is not that hard….but I know that jail for anyone is still a trying time. – whether it is  deserved or not!

But you are not anybody! You are first leader of PKR and then leader of the Opposition and of course a Family man and our friend – in that order! So I speak to you as leader of PKR.

Go back to the first line of this posting :

Please note that I said “almost”.

Before PKR descends into the abyss of in fighting between the Azmin and Nurrul factions you should settled the matter of who will lead PKR should you be incarcerated. And it is not about nepotism and it is not about what hold Azmin has on you. It is about what Pakatan Rakyat needs to win the 13th general elections. And if you are not able to work this out for yourself let me spell it out for you. 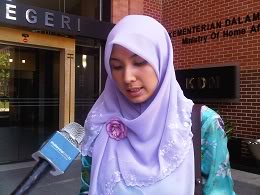 I know you are the one going to jail, not me! Understand this saudara - the people have great affection for you but this affection have been held back as they see PKR and you go into a free fall of mistakes and seemingly personal vested interests being prioritize ahead of party’s, national and their interest. You and PKR have not fully recovered from the well meaning but questionable party elections. I can tell you this saudara – Najib sending you to jail could be the biggest calamity that could befall UMNO going into the 13th general election – BUT – you must take the initiative to maximize this damage to UMNO.

UMNO cannot fight a resurgent and cohesive PKR – the PKR that was leader of Pakatan Rakyat just after the 12th general election. To be that PKR again would require your heir presumptive, Nurrul Izzah to lead. Make this happen now Anwar – what can Azmin do to harm you more than what you have gone through until now?

I cannot say anymore than this saudara. It is now your call!
Posted by STEADYAKU47 at Thursday, December 29, 2011

Email ThisBlogThis!Share to TwitterShare to FacebookShare to Pinterest
Labels: Anwar, nurrul and azmin