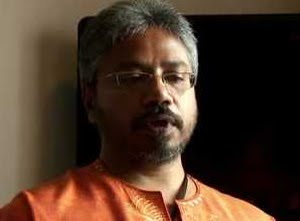 This is the thirteenth day of my Hunger Viratham. The visitors are streaming in and it is becoming more difficult to stay focused on my writing. It has somewhat slowed down my writing. Still, therere is no let up in my resolve to achieve our goals of obtaining binding endorsement and commitment to implement Hindraf’s proposals and I continue with my Hunger Viratham.

More people are beginning to ask just where the BN and the PR political leaders are.

Do they not care?

Well, I will let them answer the people.

For today I will discuss the question of the costs of implementation of Hindraf’s 5 year Blue Print proposals.

IS 4.5 BILLION RINGGITS EXCESSIVE FOR CORRECTING A LONG STANDING PROBLEM?

The Politicians in power go to great length to propose, promote and implement mega project like the MRT, the High Speed Rail Link between Kuala Lumpur and Singapore and the Undersea Tunnel linking Penang to the mainland. These projects can cost when done, from RM10 Billion to RM80 Billion.

The politicians will tell you that these are infrastructure projects that improve quality of life and which anyway has a multiplier effect on the economy. But what they will not tell you is how this also plentifully fills the pockets of the elites. In these projects, there is abundant opportunity for rentier commissions, for bribes, for project super profit, for operational super profits, for high interests on low risk loans. All these significant financial benefits just flow in the large part to the elite. They say it creates wealth for the country. That is great, watch the GDP numbers.

On the other hand spending on making the lives of the people at the bottom end of society becomes only a passing priority for he political elite. The nation at large may benefit, but if the benefit is to be shared more equitably with the people, it becomes sacrilege – distribution of wealth cannot be a driver of policy. Creation of wealth can be the only driver of policy. This is conventional wisdom with the elite. If it cannot be justified on the basis of returns on investment or on what is considered a pressing need by the elite then the investment becomes a low priority project or a no priority project.

4.5 Billion Ringgits, the annual budgetary need for 5 years for Hindraf’s Blueprint proposals is spread out on several key socio-economic projects which we say addresses a pressing need of our society. We say there are significant returns in these investments for the nation as a whole. But it meets with significant resistance from the elite because it does not meet the resource allocation criteria of the elite. The real issue is that the benefits from the projects are spread over too many people and becomes too thin. That does not serve the interest of the elite – they do not stand to gain from such allocations. So it cannot be a good investment or allocation. Unfortunately for the nation, it is the elite who decide this. They have total control over national policy. So they try every argument in the book to put such projects on the back burner. And they succeed most of the time.

Look at if another way. The annual budget of the government is about RM 250 Billion. RM 4.5 Billion is only 1.8 % of that. That still leaves 245.5 Billion for everything else, while a critical problem of our society gets resolved.  In the last 47 years 1,155 Billions have been spent on socio- economic development. If the Indian poor had got even 10% that would be 115 Billion Ringgits. We surely would not be having the problem we have today had that expenditure been made. But it was not made. We have a problem today as a result and we need to solve it. If that takes 20% of the allocation that should have been made, can that be considered excessive? It all depends on how you want to look at it. To kill off the request, the elite do not look at it this way. They just play up the size of the absolute number without looking at it in all these other related ways.

The 5 years Blueprint is a bottom up document and an attempt to make the people the decision makers for the allocation of the resources needed to open up new life opportunities, by the members of a segment of society. This is a first of its kind.  Others will soon follow suit, if this attempt is successful.

This is also a major worry of the elite and an oft repeated argument that if we do this for one minority or marginalized community, then the others will also start making similar demands. How can we deal with that? Simple, allocate resources truly on the basis of need – do not just say it, do it. But that will not happen. The elite will say it, but they will not do it. In my opinion there is nothing wrong with al such segments making such demands. We just have to plan the demands in and allocate the resources appropriately... The people are the true owners of the resource of the nation. They have every right to make these demands.

RM 4.5 Billion for the resolution of the socio-economic woes of the impoverished Indian community cannot be excessive. It is an important allocation and has significant positive implications for our society. All those who block it or argue against it are doing it because of faulty and self serving economic logic. It is not as if they are right and we are wrong. They are wrong and they are deceitful.
Posted by STEADYAKU47 at Saturday, March 23, 2013