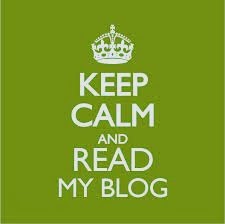 The other day I tried to rationalize what is it that I am doing. I am not a reporter because I do not report on issues, events, dialogues, debates or briefings given by anybody. I cringe in trying to pass myself off as a writer because JK Rowlings, George Bernard Shaw and Hemmingway are writers. Am I a journalist…maybe, but not on a regular basis…so what am I?

But what do I write about? Not just politics, not just current affairs and not just about myself……I write about anything that moves me. For Mahathir, against Mahathir. For Anwar and against Anwar….but not once have I written good about Rosmah! Najib maybe once or twice…but Rosmah never. I never had anything good to say about her!

Once I had the misfortune of being in the same room with her while waiting for Pak Lah (who was then PM) to arrive……and you can feel the bad vibes everywhere. As she crossed the rooms the bad vibes followed her every move as people bowed down in her presence more in fear than in respect. The late Kak Endon, Jean and Siti Hasmah never gave me those kinds of vibes….but then they were decent human beings.

As far as men are concern there are not many that I am impressed with…but Tun Ismail Ali was an exception. Pa Uteh, as I call him, was someone you could not make small talk about the weather with. Nor do you ask him about his health or give him a salam and an “apa khabar” greeting. You kiss his hands silently in greeting and be thankful that he considers you worthy of extending his hand to you. If not you stand at attention in front of him for a few seconds, nod in greeting and disappear from his presence asap.

We call him General Silau (because his lack of hair gives his head a shine that dazzles)…hence the “silau” and of course the “General” bit was our show of respect to a man who deserves nothing less.

There have been other VIPs and VVIPs that I have met but these were inconsequential… and I cannot recall those occasions with clarity. Nor do I intend to.

I just read a few hours ago about Rafizi’s intention to throw some dirt on Zaid re Kajang….and I read a comment on that which said “Everyone has a skeleton in their closet. Everyone.”….keep that in mind Rafizi…..and always remember that above all else…humility!
Posted by STEADYAKU47 at Monday, February 24, 2014