While I thought that Azmin and Anwar natural instincts was towards trickery and duplicity, Khalid to me, was Mr integrity. All is not what it seems to be! 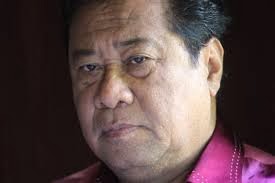 But far from being repealed by the smell of rotting flesh many politicians from both side of the divide are attracted to it because for politicians there is capital to be made from any situation. Like flies attracted to a corpse, politicians are no slouch when “opportunities” presents itself. And there are opportunities a plenty in Selangor today even as Anwar Ibrahim and Pakatan Rakyat attend to a Selangor that is already (as far as UMNO is concerned!) under a DNR (Do Not Resuscitate), DNAR (Do not attempt to resuscitate) or even AND (Allow Natural Death) order!

But nevertheless in Anwar’s judgement Selangor can be saved even though UMNO are convinced that the Selangor state government is at the end of its life.

What will Anwar do to resuscitate Selangor? How is Khalid to be handled? The same Khalid that has been responsible for building up that almost RM 3 billion reserves within Selangor coffers. The same Khalid that we have been led to believe is that rare breed amongst politician…..an honest one! The same Khalid with enough ‘Fuck You’ money to do what he thinks is best for the people of Selangor without fear or favor!

Well at least that was what I thought Khalid was, while I thought that Azmin Ali and Anwar natural instincts was towards trickery and duplicity. Khalid to me, was Mr integrity but  all is not what it seems to be!

“And some that smile have in their hearts, I fear, millions of mischiefs.”
― William Shakespeare, Julius Caesar