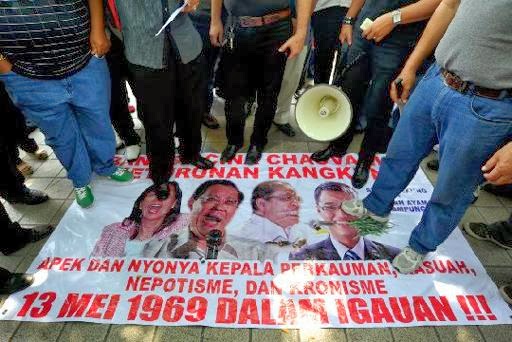 Temperatures rose today after a Muslim NGO slaughtered two chickens and offered a RM1,200 reward to anyone who dared to slap Seputeh MP Teresa Kok as a sign of anger towards opposition leaders for allegedly insulting the Malay leadership and Islam.
Members of the Muslim NGO then smeared the blood of the slaughtered chickens on a banner featuring photographs of Kok, Penang Chief Minister Lim Guan Eng, DAP adviser Lim Kit Siang and Machang Bubuk PKR assemblyman Lee Khai Loon.
The act was carried out in Kuala Lumpur today as a sign of protest against the opposition leaders who were alleged to have insulted the “Malay leadership, the Yang di-Pertuan Agong, Islam and Malay dignity".
The focus of the group, which called itself the Council of Islamic NGOs, was Kok and her Chinese New Year greeting video, entitled "Onederful" Malaysia CNY 2014.
The Council of Islamic NGOs are Pertubuhan Permuafakatan Majlis Ayahanda Malaysia (Permas), Pertubuhan Kebajikan Islam dan Dakwah (Pekida), Pertubuhan Kebajikan Insan Bakti Malaysia (Perkib), Persatuan Pengguna Islam Malaysia (PPIM) and Martabat Jalinan Muhibbah Malaysia (MJMM). 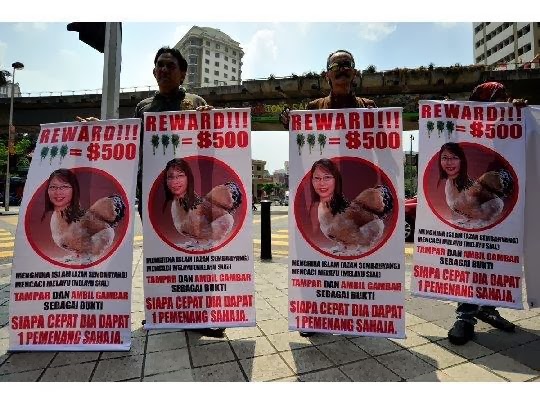 The group had initially offered a reward of RM500 to anyone who dared to slap Kok and provided photographic evidence of their act. That sum was revised after the 50-odd protesters did a collection among themselves and came up with RM1,200.


Group leader Zulkfli Sharif said the reward is open to all Malaysians.


"This offer is open to anyone who can slap Teresa Kok. But they must provide a picture to claim the RM1,200," he told The Malaysian Insider.
Zulkifli told the Malaysiakini news portal that the chicken slaughter and blood smearing ritual was a hark back to the "bloody" May 13, 1969 racial riots.
"It is symbolic of the bloody incident, this means we are sending a serious warning to Teresa Kok not to provoke and create something that threatens the peace and feelings of the Malays.
"The blood represents the May 13 incident... It should be easily understood," he said.
The group then stomped on the "faces" of the opposition leaders. The banner also contained reference to the May 13, 1969 racial riots.
Kok had lodged a police report yesterday over the numerous threats she had been receiving after her controversial Chinese New Year video went viral.
In an immediate response, Kok said she will lodge another police report on Friday.
“What the protesters did is total madness and the police must immediately take action against the person. Lawlessness and such open acts of encouraging violence must not be tolerated.” she said.
Lee Khai Loon irked Umno and some Malay NGOs when he had had organised a "I Love Kangkung" flash mob last month where he had stuffed an effigy of Prime Minister Datuk Seri Najib Razak with kangkung (water spinach).
Guan Eng had refused to reprimand Lee but had said he will direct Pakatan representatives not to engage in provocative activities.
Kit Siang appeared to have been singled out as he had been critical of the ruling Barisan Nasional on a range of issues and in recent days has been steadfast in defending Kok’s Chinese New Year video satire. – February 6, 2014.

It is inconceivable that these Muslim are not only stupid but also display the mentality of neanderthals that we normally associate with the Talibans and blood thirsty Vampire Muslim sect  - Boko Haram in Nigeria where it seems that Islam need blood to survive! Do Muslims need blood to survive in Malaysia too?
And like the Boko Haram whose primary recruiting pool is the millions of uneducated Muslims in the north of Nigeria, this Council of Islamic NGOs by their action above, are also reflective of uneducated and uncouth Muslims of Malaysia!
Any Muslims that offers RM$1200 reward for anyone to slap anybody - what more Seputeh MP Teresa Kok - is a cock talking Muslim who should have his cock cut and shoved down his fucking throat! And I care not if that cock talking Muslim said what he said to defend "Malay leadership, the Yang di-Pertuan Agong and Malay dignity" because "Malay leadership, the Yang di-Pertuan Agong and Malay dignity" do not need any cock talking Muslim to defend them in this way!
And if their group leader is an idiot by the name of Zulkifli Shariff than he is the biggest cock talking Muslim of them all.
Every Muslim....nay .....EVERY MALAYSIAN must make every cock talking member of this cock talking Muslim NGO group understand that they may get away with doing this cock talking g stunt in Nigeria (where Boko Haram kill even Muslim cleric who oppose their brutality against other Muslim) but in Malaysia even Muslim NGOs must abide to a level of decorum and decency that will not offend the sensibilities of non-Muslims and other Muslim.
The utterances of Zulkifli Shariff, the leader of these Muslim NGOs is, for lack of a better word, the ranting of an uneducated lunatic whose parents must take some blame for the adult that he has become!
He shames other Muslims, he shames other Malays and certainly he shames himself for thinking that by doing what he did he is sending a serious warning to Teresa Kok and other non-Muslims to not provoke and create something that threatens the peace and feelings of the Malays.
Woi Zulkifli engkau yang memalukan Melayu dengan perangai engkau yang biadap!
Will PDRM arrest this idiot for inciting hate against non-Muslims? Not bloody likely!
Will UMNO censure him for the same crime? Not bloody likely.
If anything UMNO will be inciting and encouraging similar demonstrations by other Muslim groups against Teresa Kok and other non-Muslims!
Malaysians must show our contempt for the behaviour of  this Muslim NGO leader and the group he represents. There is no better way to do this than by demanding that this UMNO led Barisan Nasional government take immediate punitive action against Zulkifli Shariff and the NGO's he leads. This the BN government certainly will not do....and there is no better way to show our displeasure than to ensure that at any election our votes will go to the opposition.....oopppss and there is one in Kajang on March 23rd ! Mampus Barisan Nasional!


This is an acceptable Malaysian way of life, right ?

The emergence of so many so called "NGO's" has become so comical and literally has no real sting whatsoever. To rebutt an action or statement by either side of the political divide, a few morons are gathered together claiming instant status as an NGO and in the next morning  are at some police station to making a police report against the other.
And one thing you gotta give them....they have convincing abbreviations in naming their NGO ! 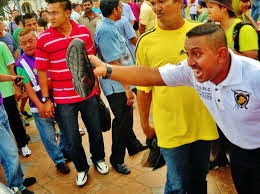 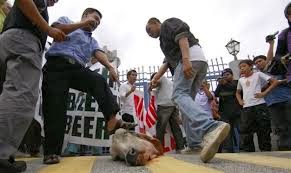 Just what the heck is wrong with our society ? We have a large group of people who do nothing else but the dirty work of their political master. These group also live ( you might prefer "parasite" ) doing whatever their "master" desires to lift his/her image for that one moment of glory and to demonise the other to gain brownie points. This group does not use their heads or stop to think but dutifully carry out their master's plan.  I don't even know if they actually get paid to do their mischief ! And when you point out their stupidity to them they remain unperturbed and respond like they are doing their country and king the highest of national service. This ( here ) latest gives a new meaning to decency and again I believe will also be the Malaysian way of life and not a "biadap"thing at all, no ? 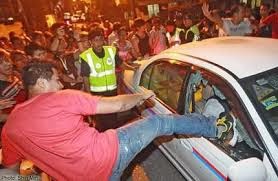 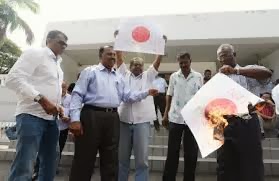 A long time ago, one Home Minister came out proclaiming, taking to the streets protesting and burning of national flags or effigy of fellow men was not the Malaysian way of life and condemned protesters and even ordered the police to arrests such activists and groups who took to the streets.

Today we have the same if not more of these protesters pretending to be NGO, only that all their actions are okayed by the current Home Minister and the police told to turn the other way. 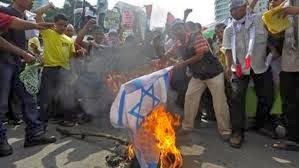 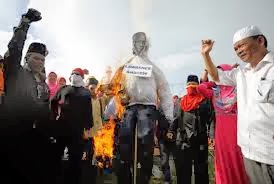 We have crossed the threshold of  human decency and are beyond redemption.
Right, my fellow Malaysians ?
POSTED BY STEPHEN FRANCIS AT 7:21 PM