And we start again with Kajang! I am one. With you we are two. Who will join us? 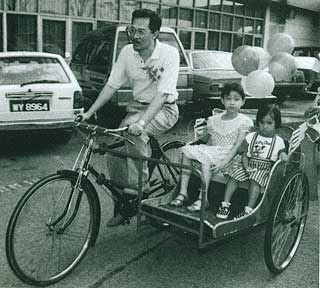 I have attempted to understand why Anwar Ibrahim does the things he does in his life and in politics – an impossible task for anyone – even if you are family – of which I certainly am not.

And so I do what all others do. Try to get a measure of the man from the time I have known of him from our school days in MCKK, from what he had done during his time as a student leader up to what he did last week when he announce his candidacy for the state seat of Kajang – just over five decades – most of it watching from afar the rise and fall and rise again of a truly remarkable human being.

Over five decades that has marked this man as being someone you do not second-guess or pretend to understand the rationale, reasoning or passion behind the things that he does. He sings his own songs and dances to his own tune.

He has stumble and at times, even fall, but he has willed himself to rise again over personal humiliation, over incarceration, over political defeat and even over obstacles and barriers that would seem to be insurmountable by anyone else but the brave and the defiant. 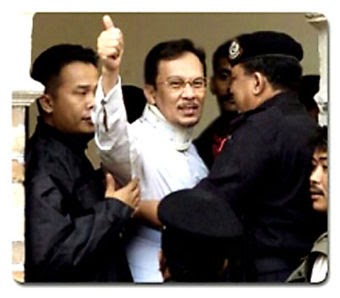 For sure some of those recoveries have lacked grace and a sense of decorum but he has emerged through it triumphantly in the eyes of enough Malaysians who believed that Anwar Ibrahim has earned himself a tilt at leading this nation of ours.

Whether you agree or not is moot but let us give him what is his due:

That at the 13th general election Pakatan Rakyat, the coalition of which he was leader of, was given the people’s mandate to form government.

Would this be Anwar Ibrahim’s greatest political triumph – or is there more to come?

Is Kajang the first step towards that direction?


Of course Kajang is the next step towards that direction! How he will actually negotiate the long and winding road towards the 14th general election and from there possibly to Putrajaya is for him to know and for all of us to speculate, meditate, debate and pontificate -  and all this you and I will  to do - but it is Anwar Ibrahim that calls the shots!

I do not know the things that he knows. I do not pretend to understand politics as he does. How he sees his own future and that of Selangor and our Nation he will not share with us unless it will be of benefit to him. Some of the things he will do I know I will not agree with and then there are things that he will do that I know will bring our nation closer to our aspiration to have a stronger opposition that will hold any serving government accountable for the things they do as the elected representative of the people. And from this we hope the coming into being of  a two party system with effective checks and balances in place to ensure a government of the people, by the people and for the people.

And it all start with Kajang!

I hope, like me, you will take the road less travelled with Anwar Ibrahim and Pakatan Rakyat on another journey that can only be towards a better place from where we are now.

Away from the corruption, arrogance and irresponsible government that is Barisan Nasional.

Away from a Prime Minister incapable of leading a government because he really has no idea of what to do as he is in a place that is way beyond his intellect to comprehend.

And certainly away from that place where Pakatan Rakyat has stalled after the May elections and instead head towards building on the gains from the past two general elections towards a future that promises hope and a revival of the future we want for our ourselves, our children and our nation. 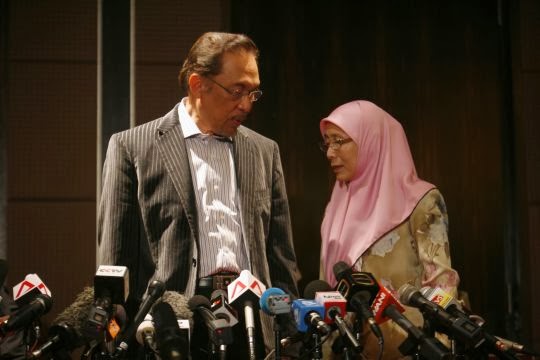 And we start again with Kajang! I am one. With you we are two. Who else will join us?