To put you guys in a good mood we start with my favorite video clip! 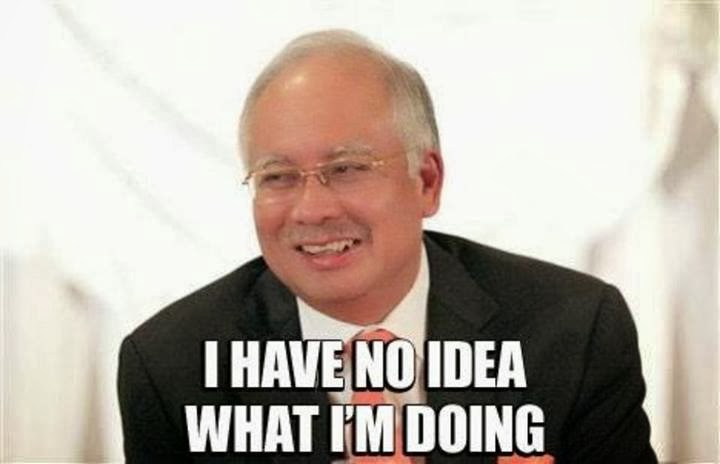 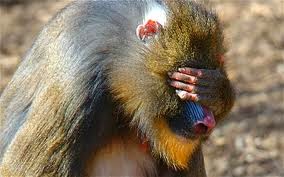 FMT Staff
| February 8, 2014
Hindraf announces that its leader P Waythamoorthy will resign from all government post on Feb 10

PETALING JAYA: Deputy Minister in the Prime Minister’s Department P Waythamoorthy will resign from all government posts, including the Senate, on Feb 10, Hindraf announced here today.
Hindraf secretary P Ramesh, in a statement, said Waythamoorthy decided to quit because the Barisan Nasional government had not fulfilled any of its promises despite winning the 13th general election in May last year 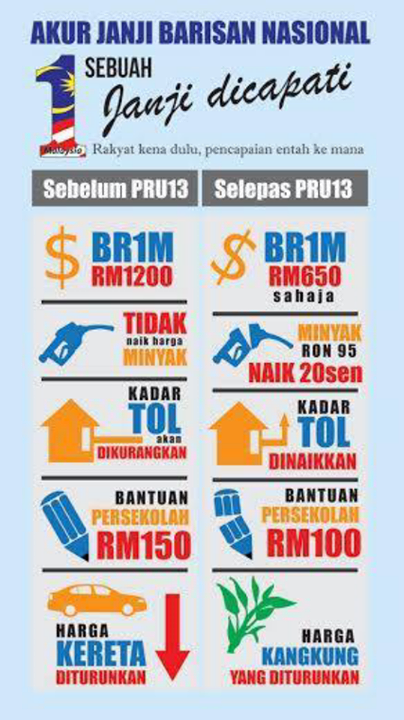 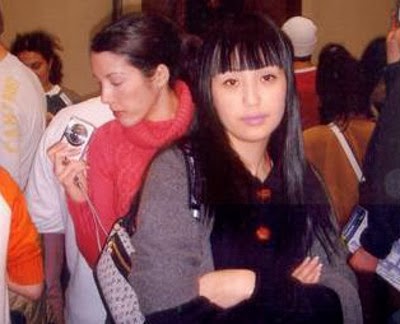 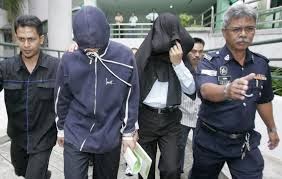 The question is why was she murdered? Who are the two guys sentenced as their faces are not show. Where did they get the C4? What was the motive? Why is there no records of those Mongolain girls entering our country? Why did Razak Baginda run away? Why did Najib sent the sms message to Razak Baginda just before the trial reassuring him that things will be okay! Those are the things that I want to know. Answer these questions and I may start believing what you say.


On Teoh Beng Hock and Sarbaini – and the many custodial death caused by PDRM -  no need for a royal commission or any inquiry – just punish those responsible for the death and ensure it stops. Anything else is BS.

With Anwar Ibrahim: Enough of pursuing him through the courts and using gutter politics and thugs to harass him at his ceramahs! Can’t you just face Anwar man to man on a level playing field? BE A MAN! Meet him on the battlefield and may the best man win! 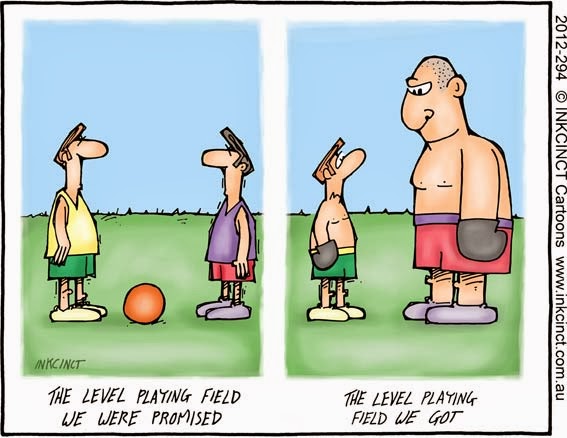 KLANG: Prime Minister Datuk Seri Najib Razak said the present cause of the Federal Government is based on the requirements of Islam under the concept of 'Maqasid Al-Shariah'.


Huh. Since when did you become religious Najib and how much is the make over costing us? I think this latest Maqasid Al-Shariah Islamic concept that you say is underlining your government thinking is a bit rich lah! I did not even bother to google what Maqasid Al-Shariah is! If it has anything to do with Islam then you are using ALLAH’s name in vain! Leave religion out of politics.


Stop all these cash giveaways, transformation programs and the “self improvement” program you are personally involved in because if really does not do anything to you or to our perception of your government. All this costs plenty of money – our money not your money! There are so many transformation program that we are sure that the level 4 boys do nothing but work on the next transformation program that you can announce – and that is all you do – keep announcing them day in and day out – and allocate our  money towards these projects – money that will be used to highlight your effort in the program – no work just a lot of lights camera and no action! We are wise to these deceptions. So please no more BS!


You must also stop lying to the public. If you use the government plane on official trips overseas and stop in Milan for Rosmah to do some shopping – do not tell us that you did not do so. The flight manifest will tell us the departure time of the plane, its tail number and its flight path! We know everything! So do not BS us on this too! If your future in-law becomes an outlaw – do not deny it. Just accept that in life shit happens! Unfortunately you made the wrong decision when agreeing to your daughters engagement to her son – but it is just an engagement – and knowing Rosmah I think that marriage is over and done with before it even started. Mark it as lesson learnt! People with money are not always what they seem to be.  Why should that guy want to marry your daughter unless it is to take advantage of your position as PM. Anyway ..as I said…lesson learnt.

Lesson learnt too, I hope, on the use of government's jet for trips to Dubai and shopping trips to Milan. No can do!

Najib you must repeat after me

Your boss, wife, FLOM is only powerful in as long as your position as PM is secure. The moment people know you are on your way out die lah for her! There will be no shortage of people who are lining up to let her have a piece of their mind – every dog will have their day eventually - they just have to wait! 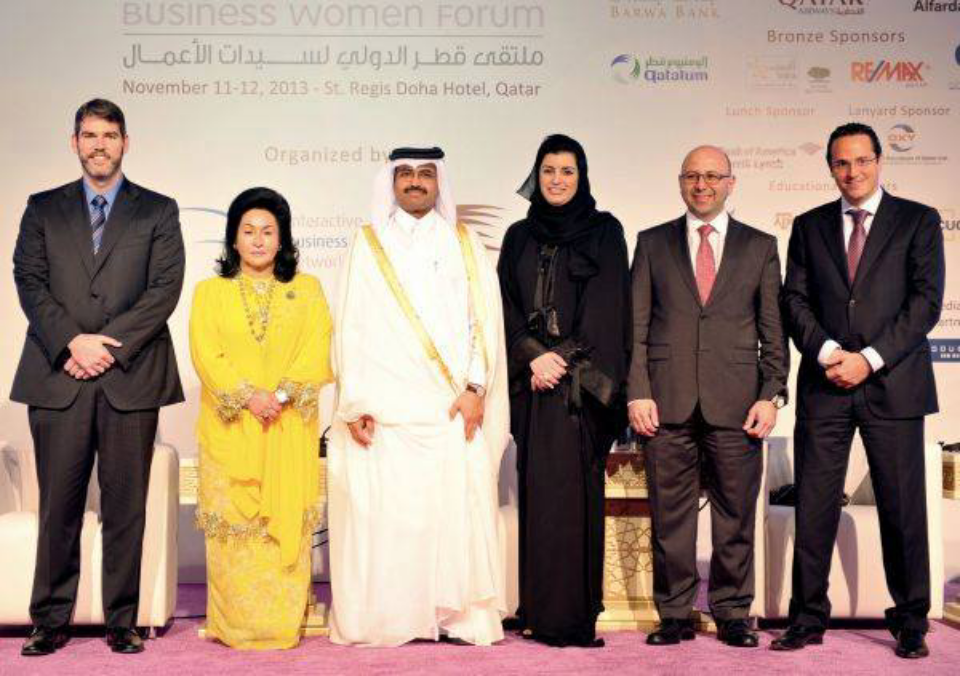 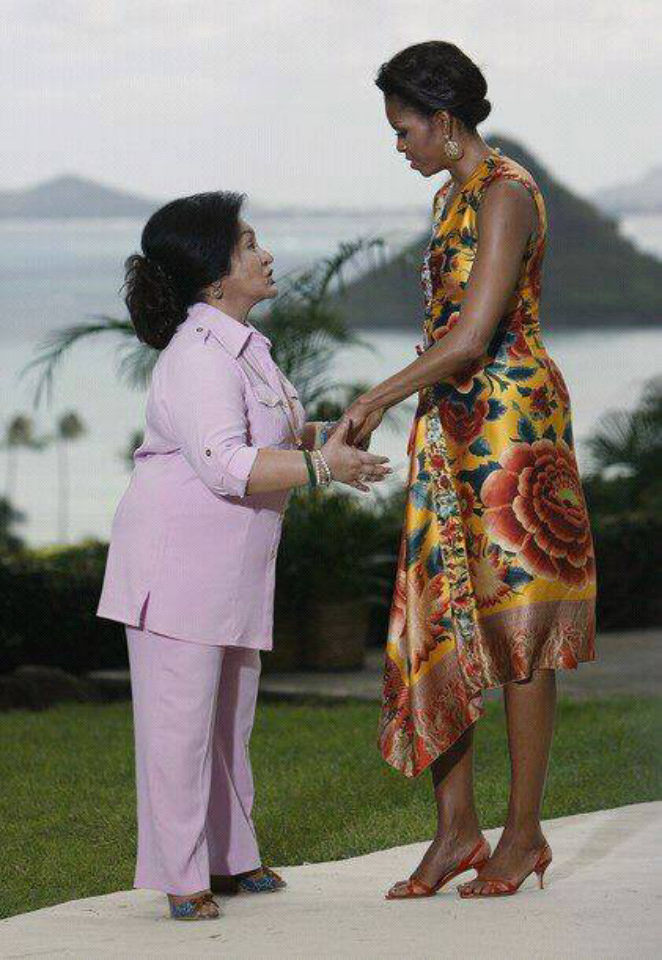 And a word to Rosmah...next time try taking pictures while sitting around a round table or sitting down on a sofa...that way the tinggi rendah and kurus gemok of everyone in the picture will not be so obvious and make for a more pleasing image lah!