Ukraine without a government as President Viktor Yanukovych flees Kiev


Kiev (AFP) - An economy facing default, a splintered opposition and regions with separatist tendencies: Ukraine's new government will face an uphill struggle to stabilise the country, analysts say, as the fall of President Viktor Yanukovych looms.
Under intense pressure from the international community and protesters reeling from violence in Kiev, Yanukovych signed a peace deal Friday after clashes between anti-government activists and security forces left nearly 100 dead this week.
But that failed to appease protesters, who now demand the immediate departure of an embattled leader who has already been abandoned by many parliament allies and the police, and who left the capital altogether on Friday night.
"There are a lot of people on the ground who believe the revolution needs to be seen through to the end," said Andrew Weiss, who oversees research on Russia and Eurasia at the Carnegie Endowment for International Peace think tank.
But once the battered country's worst crisis since independence finally settles down, Ukraine will be in dire need of stabilisation and analysts are pessimistic about its immediate prospects.
"Anybody still casting about for the great white hope -- that's not going to happen," said Matthew Rojansky, director of the US-based Kennan Institute, which specialises in Russia and post-Soviet states.
- Financial help needed -
The economy for one. Repairing the scarred centre of Kiev will be a costly affair but even without that, debt-laden Ukraine risks a devastating default unless it receives financial assistance -- fast.
The three-month crisis has prompted panic on the markets, with short- and long-term bond yields rising sharply and the hryvnia currency losing a tenth of its value in a span of a few weeks.
There is also uncertainty over whether Moscow will keep paying out a $15-billion bailout it promised to Kiev shortly after Yanukovych rejected an EU trade deal in November in favour of closer ties with Russia, a move that angered pro-EU parts of the population and kickstarted the unrest.
Russia has so far paid out a $3.0-billion instalment but suspended another tranche pending a return to calm.
Standard & Poor's ratings agency predicted Friday that if Russia scrapped the bailout, Ukraine would default on the $13 billion of debt it is due to pay back this year.
And while the European Union has said it stands ready to extend conditional financial assistance to Ukraine, its own member states are already struggling.
"I can't imagine that German voters would take kindly to a proposal to help Ukraine, given how angry they feel about supporting member states," Weiss said.
- A divided opposition -
Analysts also point out that behind their united front, the main opposition leaders who have led the protest movement against Yanukovych are sharply divided.
"It will be a very difficult process for the leaders of the opposition to overcome the contradictions between each other," said Viktor Nebozhenko, head of the Ukrainian Barometer think tank.
Vitali Klitschko, the 42-year-old former boxer turned opposition figure, is popular and moderate but has no political experience. 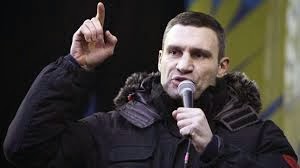 Oleh Tyahnybok, another opposition leader, is head of the nationalist Svoboda (Freedom) party that has been accused of anti-Semitism, racism and homophobia.
And in an unexpected twist Saturday, parliament voted to immediately release fiery opposition icon Yulia Tymoshenko from jail, to which she was sentenced shortly after her bitter foe Yanukovych took office in 2010. 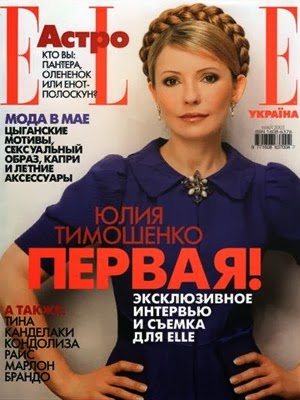 Tymoshenko, a passionate public orator, was the hero of Ukraine's 2004 Orange Revolution and later became prime minister.
She famously fell out with many of those who are now part of the opposition, such as former foreign minister Arseniy Yatsenyuk and chocolate baron Petro Poroshenko.
Her very public spat with former pro-Western president Viktor Yushchenko was one of the reasons why Yanukovych was elected in 2010, in a remarkable turnaround for the man whose claim to have won rigged polls in 2004 sparked the Orange Revolution and saw him discredited and shoved aside.
"It's possible that Tymoshenko walking free at this very tense moment may not have a calming effect, but the opposite," said Rojansky.
The big question is also how Russia will react to developments in a country that was once a major part of the Soviet Union.
The unrest in Ukraine has escalated into a Cold War-style confrontation pitting attempts by the Kremlin to keep reins on its historic fiefdom against Western efforts to bring the nation of 46 million into their fold.
Some regions in eastern and southern Ukraine are still fervently pro-Russian, such as the Crimean peninsula -- an autonomous region whose local lawmakers recently asked Moscow for protection against a protest movement it qualified as extremist.
"If Russia offers them protection... this would be a major re-ordering of the post-Cold War order," said Andreas Umland, a political scientist at the Kiev Mohyla Academy.
Posted by STEADYAKU47 at Sunday, February 23, 2014