This was a new ballgame. After having been brought up all my life in the secured surroundings of a government house, we were now amongst real people. People who scrapped for a living, who were just thankful for a roof over their head. 4 ½ mile Old Klang Road was a Chinatown community. There were hardly any Malays in the rows of low-cost terrace houses which spreads out over a few acres. There was an Indian family opposite our row. My younger sister Ani and I got on famously with their son and daughter who were our age. Although I was 10 years old, I can still remember sitting in their living room listening to the radio commentary on the Thomas Cup final between Malaya and Denmark. For me, the most charismatic player was not our Wong Peng Soon but the tall Dane, Finn Koberro. Malaya retained the Cup with the score of 7-2, if I remembered correctly. 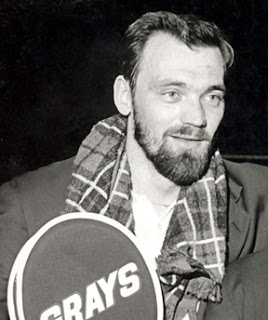 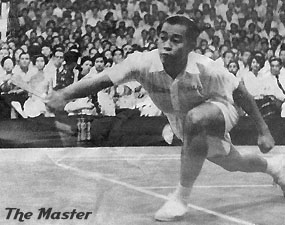 When it rained heavily, water rushed into the house and our kitchen would be flooded, knee deep. Although my parents, especially my mother would be scooping or sweeping, trying to minimise the flooding, I rather enjoyed the swimming pool effect. Thinking about it now, what with water from the drains and sewage system, it gives me the creep.

My mother applied for a position as Assistant to the Matron running the Selangor Children’s Home which was situated on a hill about half a mile from our house. She got the job. That was in 1955. At the same time, quarters were built for the staffs of the home. We moved into the new accommodation when it was ready. By then, my elder sister moved back with us, after having stayed with Teh (Chik Munah) for two years. She was then in Form 2. When things were looking positive, once again, father was struck down by illness and was retrenched, having taken excessive medical leave. His position was only a temporary one. There was no other options and Azizah had to look for a job.

She walked from one establishment to another, with just a Form 2 school leaving certificate, seeking employment. I salute her. She had guts. Finally she landed a job as a dental assistant. The clincher was she could speak Cantonese, besides Malay and English. Her Cantonese was passable and she related to us a funny situation where she had to tell a patient to breathe in normally as instructed by the dentist. So, what she told the patient was (literally translated word for word in Cantonese) “nose enter air”. She did good and really helped out the family’s economic situation. Ani and I were rather oblivious to the hardship and school kept us from the true reality.

There were good times at the Children’s Home. The Matron, Mrs Babtist was a gregarious lady and we used to play and sleep with the kids in the home. When Christmas came around, we joined in singing the carols and be one of them, waiting for Father Christmas to come a calling. On Christmas Eve, we hung stocking by the bedposts and sure enough, in the morning, we got our gifts. Those were innocent days. It never crossed the elders’ minds about sacrilege of religion or conversion of faith. It was simply goodwill, happiness and love for the less fortunate. If this happens today, one can imagine total chaos.

I used to rummage through the 2nd hand and used clothes which the home acquired from time to time. And I happily wear them to school (whenever I get ones that matches the uniform colour). It was a real bonus from my point of view.

When I was in Form 3, mother got a better position as the Matron in Serendah Boys Home in the district of Rawang. This was 1959.