With the arrest of Xavier "The PM and all involved in the 1MDB are now vindicated." Vindicated of what? Playing with himself? Huh! 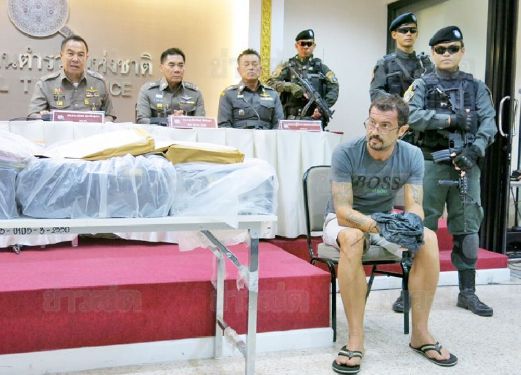 And (I almost forgot) ...Xavier is also said to be involved in an attempt to discredit the Malaysian Prime Minister, Najib Razak!

And so, "they" told us,  with the arrest of Xavier "The PM and all involved in the 1MDB are now vindicated."

Is Najib now vindicated of not being involved in her murder when the two UTK operatives were convicted of murdering Altantuya?

Is Najib vindicated of not persecuting Anwar Ibrahim for his political advantage when Anwar was convicted of Sodomy Two?

What about Rosmah's use of the Government Jet for her trip to Dubai? In the eyes of the Rakya was Najib vindicated of any abuse in using the Jet for his wife  when it was revealed that it was the joint decision of the Malaysian Cabinet that she should do so?

And we are told that Najib and Rosmah did NOT spend millions on their daughter's wedding nor were they paying for the subsequent trip to Kazakstan by many many guests as the groom was generous enough to foot the bill. Again in the eyes of the public, was Najib vindicated of the accusation that he was irresponsible in holding such a hideously over the top extravagant wedding for his daughter when the country and its people are in dire economic straits?

What about when he did not turn up for that "Nothing to Hide" forum because he said the IGP advised him against doing so as there was a credible threat to our national security? Has Najib been vindicated for doing the right thing or has he instead been vilified for being a coward?

Now let us go back to the arrest of Xavier. We are told :

All detractors who made their baseless and vile accusations against the PM and 1MDB must now retract their statements and apologise for not verifying the information they sourced from Sarawak Report.

According to the NST, “some of the emails and documents published on the blog were found to be tampered with, bringing into question the veracity of these allegations.”
The amount of damage on the prestige, reputation, and international standing of our country, our Prime Minister, our economy, and all individuals/organizations accused in this bizarre plot is colossal.

Action should be taken against all individuals, news agencies, writers who have done irreparable damage because of their footloose and irresponsible accusations.

As any citizen is ready to assume that anything on the Internet is truth shows the shallow mentality and the complete absence of thinking skills.

That writers can churn out article after article, slamming the government without checking on the veracity of the purported documents in the Sarawak Report is a disgrace to the media world.

A simple phone call to whom?

To Najib or to the CEO of 1MDB.

If the CEO of 1MDB will not front up for PAC do you think he will entertain a phone call from me? Why me? Because I am also one of those who have hantam Najib over 1MDB. And I do so not because I know the full facts about 1MDB - we will not know the whole truth until history tells us so - but I hantam Najib on 1MDB because of his past record - as itemized above and by no means are these the only reasons I have gone hammer and thongs at Najib.

There is FGV, Permata, Saiful and a host of other instances when all he has done is to lie to us through his teeth and then went on to do what he wants to do for personal gain and profit of his sahabat and cronies.
The arrest of Xavier is just that : an arrest!

Let an open court decide the veracity of the charges laid against him - including being part of a plot to discredit the Prime Minister of Malaysia. How much more can Xavier discredit Najib Razak? Isn't Najib Razak already neck deep in fertilizer?

But nevertheless we are told that : "An international cyber-security firm, Protection Group International (PGI) hired to conduct an in-depth investigation into the source of the data published on the Internet, as well as verify its authenticity revealed there is clear “evidence of the systematic theft of confidential company data by Justo prior to his departure from PetroSaudi” and that the “data was tampered with after it was stolen from PetroSaudi. It was believed that much of this tampered data subsequently appeared on Sarawak Report (SR) and served as the backbone of the blog’s claims of impropriety against 1MDB.”

Really? Another "international company" hired? Who paid for the company? We the Rakyat or the Prime Minister's Department (PMD)?.

If it the PMD then is not their money our money too?

And now Najib's supporters are telling us that Sarawak Report is totally discredited for what it has done to "expose" Najib's involvement in 1MDB because of Xavier's arrests! Ptui!

Show me court authenticated original documents from PertoSaudi International Ltd and then show me where the data published by Sarawak report differs from the original and then maybe we may have the start of my doubting the authenticity of what Sarawak Report has accused Najib of doing. Then and only then, NOT NOW, can you begin to discredit Sarawak Report.

1MDB is still a work in progress. I will wait for what an open court will tell us about Xavier, PetroSaudi International Ltd and 1MDB.

Until then Najib Razak and anyone else connected to 1MDB is not off the hook. I go by this logic : If Mahathir has come out with guns blazing for Najib Razak re 1MDB then there must be something interesting in 1MDB that 1MDB does not want us to know.  Tun Mahathir has far more resources, more contacts and more wither all at his disposal then me....so let us see where all this goes to

For now the 1MDB gun is still pointed at Najib's head! 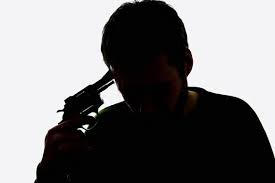