AL ARABIYA : Najib Razak wasted no time in milking the state dry for his own personal gain and the gain of his family. 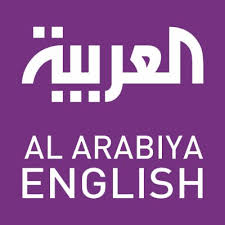 Malaysia has been betrayed by Prime Minister Najib Razak

Dr. Azeem Ibrahim
I have argued time and again that the greatest threat to the Muslim world is not the West, but rather, corruption and incompetence in administration in the Muslim countries themselves.
To this argument there were a number of crucial pieces of evidence. First of all, there is a clear inverse correlation between corruption and economic development not just in the Middle East, but globally. Secondly, Muslim countries are among the most corrupt countries in the world, and this maps well to the problems we know well from the region.
In this sense, the abundance of natural resources has served to mask much of the problem, as per capita wealth in the region comes out as much higher than it would have been for a given level of corruption, and that distorts the perception of societal problems in these countries.
For another, that abundance of wealth can be used to buy off the acquiescence of the population to an otherwise questionable regime, as is the case with the benefits that these states lavish upon their population, or alternatively, can be used to fund extensive repressive police and intelligence apparatuses to keep the population in check, as was the case in Saddam-era Iraq.
But there was also plenty of converse evidence, specifically states on the periphery of the Islamic world which did not conform the region’s reputation for corruption. Most notably, we had the examples of Turkey and of Malaysia.

Malaysia is a secure and naturally wealthy country with a track record of success in development and is suffering entirely from self-inflicted wounds
Dr. Azeem Ibrahim

In both the cases, the countries have inherited and sustained over the span of the 20th century an ethos of modernism and civic-mindedness which emulated that in the successful countries in the West. And they reaped the benefits of social and political stability, and economic development, both having been the most economically developed Islamic countries in international rankings.
But I fear we are about to be witnesses to a very cruel experiment, which I believe will prove my argument. It is yet too early to make a definitive judgement on the direction Turkey is heading in after the failed coup of the other week, even if the omens do not look good.

In the case of Malaysia, we are already seeing the breakdown in institutional functioning and credibility which will likely see the country join the other Middle Eastern countries in the infamous club of corrupt and barely functioning states.
Malaysia has been betrayed not so much by its institutional traditions, as by its populist Prime Minister Najib Razak. He has ridden a wave of popular support into power on the back of promises for economic liberalization, and growth and opportunity, but has seemingly wasted no time in milking the state dry for his own personal gain and the gain of his family.
An ongoing Wall Street Journal investigation is looking into evidence that as much as $1 billion has been siphoned into the prime minister and his relatives’ bank accounts, most of it from the coffers of the Malaysian sovereign wealth fund 1MDB, allegedly started by Mr Razak soon after he took charge in the country in 2009. And a further $5 billion are unaccounted for.
Neither Turkey nor Malaysia can hide behind the usual excuses about Western intervention or historical colonial crimes. Both have come into the post WW2 world as confident, independent nations, and both carved a way in the world for themselves through hard work and diligence, efforts which have yielded a good life to the majority of their citizens.
Turkey currently finds itself in a complex political, economic and security crisis from which we cannot draw too many general conclusions. But Malaysia is suffering entirely from self-inflicted wounds. It is a secure and naturally wealthy country with a track record of success in development. But it has let its guard down, and has let corruption infest the highest levels of government.
Malaysian civil society must now take firm and immediate action to put the country back on track. If not, I fear that the country will tragically end up as the perfect case study into how the problems of the Islamic world stem primarily from domestic corruption.
________________________
Azeem Ibrahim is an RAI Fellow at Mansfield College, University of Oxford and Research Professor at the Strategic Studies Institute, US Army War College. He completed his PhD from the University of Cambridge and served as an International Security Fellow at the Kennedy School of Government at Harvard and a World Fellow at Yale. Over the years he has met and advised numerous world leaders on policy development and was ranked as a Top 100 Global Thinker by the European Social Think Tank in 2010 and a Young Global Leader by the World Economic Forum. He tweets @AzeemIbrahim