cakap cakap....a fine line between what is right and what is wrong in Malaysia...

There seems to be a fine line between what is right and what is wrong in Malaysia. It is okay for one ex prime minister's son to be able to afford a Bugatti .... 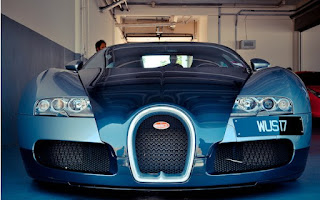 and yet the step son of a reigning prime minister is questioned over his ability to "invest" in a film.

A fine line between what is legal and what is not. A chief minister of a state resigns over his alleged statutory rape of an underage Malay school girl and is not prosecuted for that statutory rape...... 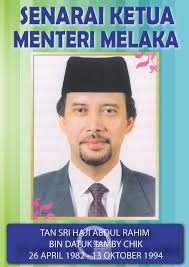 while an ex deputy prime minister is convicted for sodomy. 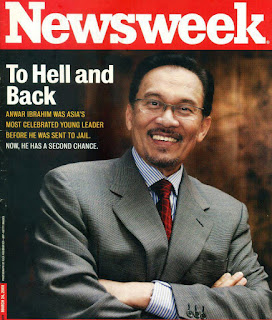 What is good and what is bad is also a matter of your political convictions. An ex DPM was lambasted for being a racists for putting his race first before others......

.........but then hailed a hero for his stand against the prime minister he once proclaimed to "love". 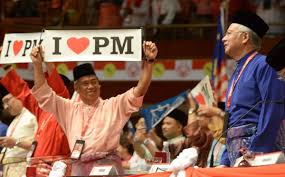 These are but some of the realities that will make any attempt to account for the state of our nation today nothing more than an exercise in futility. The divide between all of us, no matter your race, religion or position in life, is almost complete bar that final arbitrator of all things Malaysian....that much talked about general election that we periodically have amidst accusation of fraud, gerry meandering and proclamation if it being "democracy in action".... for as always, once that general election is over and done with....what is right and what is wrong what is legal and what is not and what is good and what is evil is given that mandatory thumbs up or thumbs down, by the man we "elect" as prime minister! And for now....that man is Najib Razak.

What Najib Razak as prime minister of Malaysia is today, is the sum of all of those prime ministers that has come before him....every one of them! From the time that Tunku thought it okay to drink, gamble and marry another wife, to the time that Tun Razak thought it prudent to not tell the nation that he was very ill and dying, to the appointment by Tun Hussein Onn of Mahathir as his deputy, to the manner in which Mahathir then proceed to govern our nation for 22 years as he thinks fit, followed by Abang Lah and his appointment of Najib as his deputy and allowing his son in law to then proceed to make a mockery of his own position as PM...to the prime minister that we now have today in Putrajaya....all of them bear their own responsibility in making Najib Razak the prime minister he is today : a thief, a robber, a liar, a swindler and truly a Malaysian prime minister we deserve to have simply because none of this would have been possible without the collusion of many millions of Malaysians who time and time again pangkah Barisan Nasional when it came to every general election that we have had since Merdeka...and counting,

So why has there been a explosion of disgust and contempt in the manner Najib Razak is now governing our nation for all that he has done in office merely serves to confirm that Najib Razak has been a good student of the politics his predecessors?

Maybe he might have been too hasty in conferring insane wealth upon himself and his family. If he has then it is a matter of timing rather than of deed for has not Mahathir and Pak Lah done the same to theirs? Maybe Najib may have stacked all the odds in his favour - be it the AG, the IGP, the Judges, Umno and BN and anything else he deems necessary to keep him in Putrajaya and Seri Perdana....so has his predecessors and if anything is to be said about the blatant disregard of law and order and the niceties of what is considered acceptable or not in Malaysia....then Najib's can only be faulted for not observing conventions...not for anything else! We have seen too many times in the past..that .when push comes to shove, his predecessors were never encumbered by these considerations too!

So what we now have today is that curious mix of politicians in and out of power who are all in the same boat ....and you know what the Chinese say about those who are in the same boat... 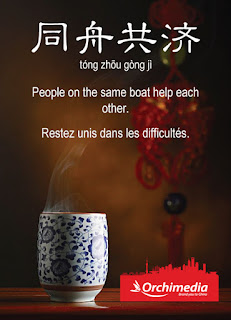 And that my friend is how it will finally work out. In or out of politics...these politicians will first think about themselves not us. These politicians will work out what is best for themselves not what is best for the people.....and most important of all, these politicians will do what they need to do to ensure victory in the next election coming their way - be it is at state or federal level. Look around you and see for yourself all those politicians on opposite side of the divide...all of them have been, at one time or another, in and out of government. All of them have been in position of political power where they could do much for the people but instead do more for themselves! Do you expect them to do things differently at anytime in the future should they again be in government?

Do not delude yourself into thinking that you have to choose between two evils...do not fool yourself into believing that time and that Malay word "insaf' will make these politicians become better politicians and do what is best for the "people" who elected them into office.

Already they are horse trading among themselves for what is to come after "they have won the elections"....or after what they have done to keep Najib Razak in government. The arrogance of our politicians is deafening to those of us who have quietly observed what has happened before, during and after any elections in Malaysia.....and this we know has happened and will again happen to all things Malaysians from what we have seen happen to our country from the time of Merdeka - the winner takes it all. Electoral victory has a way of taking away from the victor all sense of duty and responsibility promised to the very people who have elected them to office....and nobody personifies that trait more that the man who is now our prime minister today : Najib Razak.

Mahthir and Anwar Ibrahim are waiting in line to prove to us that the above adage will prove to be true once again...the question now is whether you will give them the opportunity to do so?

Do not ask me what then are your options come the next general elections. Each and everyone of you will have your reasons for and against every politicians that puts their hands up for election or reelections come this PRU14. Many of us have already left K Hell for greener pastures elsewhere for the same reasons that you are all now faced with having to decide upon - how will the future of your family be best served? Today many of us are no longer tied to race, religion and family when making these decisions. Today we dare to venture beyond Malaysia and to any country that will take us for what we are - people who wants a better life than the one they have to live with in Malaysia....and for giving me that opportunity to do so, I now call Australia home.

Email ThisBlogThis!Share to TwitterShare to FacebookShare to Pinterest
Labels: right and wrong in Malaysia