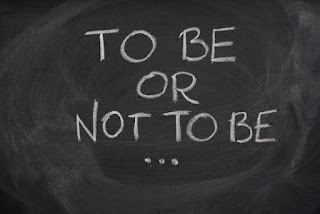 Why this haste for Anwar Ibrahim to be anointed, crowned, confirmed and announced by no lesser a personage than Mahathir himself...to be Prime Minister? Is the election already in the bag for the opposition or is this a case of counting their chicken before they are hatched? Why meet in London? Why Nurrul with Mahathir and not Azizah with Mahathir? Is it not the height of arrogance for any one to deign himself worthy to the leader of choice for all Malaysian when the votes are yet to even be cast by these same Malaysians?

Let me say something that I have said many times before....if you deserve to lead this country of ours.....those who wants that job can propose... but in the end, the people will impose. So please Anwar for a start...some humility in the high stakes race to lead the next government that will govern this already God forsaken country of ours.

As for Nurrul, Mahathir or anyone else who think themselves King or Queen maker of our future leaders....cease and desists in your endeavours. It would be a far far better thing that you all do to focus your attention on winning an unwinnable election (according to Najib and his cohorts) then to delude yourselves of possible success by appointing someone now in Sungai Buloh, to be the Prime Minister in waiting.