Insulting Najib. Let me have my say!

FMT Reporters
| August 18, 2017
The three have been charged separately under the Communications and Multimedia Act 1998 (Act 588) which carries a maximum RM50,000 fine or one-year imprisonment or both, upon conviction.

PETALING JAYA: A recruiter, a storekeeper and a roti canai seller have been charged separately at a Sessions Court in Kuala Lumpur on Friday with allegedly insulting Prime Minister Najib Razak.
Recruiter Nor Sabariah Abdul Kadir, 29, was accused of leaving a comment about Najib on the Otai Bersih Facebook page with the intention to insult another person, reported The Star. She is alleged to have committed the offence at 5.11pm on Feb 1.
Storekeeper Ng Thai Quen, 19, was accused of posting an edited image of Najib and his wife, Rosmah Mansor, on his Facebook page between 7pm on Dec 15, 2016, and 7am on Dec 16, 2016.
Roti canai seller Mazlan Yusoff was accused of posting an article titled “Zimbabwe Today Is M’sia Tomorrow” with an edited photo of Najib and China’s former leader Mao Ze Dong. He is alleged to have committed the offence using a Facebook profile under the name “Zain Al Aznam” at 2.53am on Nov 11, 2016.


What do I think of Najib?

Everyone in Malaysia is dumber for having him as prime minister.
Every Malaysian, including his wife and that girl in PD, has been screwed left, right and centre...the only difference is that his wife has profitted handsomely for it.
Every Malaysian is waiting for him to be thrown into Sungai Buloh but you can bet anything you like that nobody in Sungai Buloh will drop a soap in the shower for Najib to pick up...

And as for his wife....
She has a great face for make-up.
I was going to give her a nasty look...but she already has one.
I am typing this with my middle finger
I am no proctologist but I know an asshole when I see one.
The last time I saw a face like hers...I fed it a banana.
She brings a lot of joy when she leaves a room.
If Najib wanted a bitch he should have bought a dog
She is the reason God created a middle finger.
and...how fat is she? 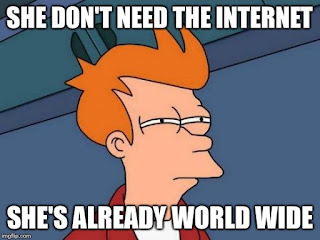 What about Najib?
For a start, Rosmah can get plastic surgery for her ugliness but Najib will be stupid for eternity. But let us get serious....I am not too good at insults ..these people can say what I, and many Malaysians want to say about Najib...but only better, louder and with more conviction and heart!