A sense of desperation is creeping into the Najib camp....as he had said time and time again...all bets are off....nothing is sacred anymore.....but let me just say what has also been said many many time through out history. People living in glass houses should not throw stones.

Which brings us to the question: What does this Najib Razak thinks he is doing?

Just what does Najib expect to get out of all this?

What we know of Najib, what we hear said of Najib, what we see of Najib and what he has done in the name of government from the time he first entered Politics....there are enough deeds and misdeeds, abuse and misuse of his public office, enough evidence and irrefutable proof that this is a man corrupt like no other politician we have ever had from my living memory, from your living memory and from the short sorry history of our nation. A man so corrupt that for the first time in our history a Malaysia prime minister is talked about in the same breath as Marcos and Suharto....leaders who took from their own people and country copious, breathtaking, insane wealth for themselves and their family.

So why is he then still president of Umno? Still Chairman of Barisan Nasional and more galling....still prime minister of my country...your country...our country?

I will not even begin to tell you why, because if I have to tell you why, then you will have to be one of those fallen Malays who is still Ahli Umno! You will have to be one of those leaders within Barisan Nasional who have by now become sated and bloated from the dedak fed to you by Najib..or you could be one of those patients under the care of Hospital Bahagia....for only if you are of these people will you not be able to see for yourself why this prime minister is an embarrassment to our nation and to our people.

Yesterday I was in conversation with a friend who wanted me to explain the article about Sirul that came out in the Australian the day before. After listening to me for about five minutes during which I ran the whole gauntlet of how our nation have regressed to a place where the words of a Corporal in the UTK like Sirul could make or break the prime minister of our nation....he stopped me dead in my tracks when he asked said " And this guy is still prime minister?"

Yes my friend...ask yourself the same question.

How is it that a foot soldier in UTK...a corporal like Sirul...a Muslim man who kills on instruction from his superior....a guy now in detention in a Sydney detention centre for illegals for the past two years.....how is that keeping this man locked up and isolated in a foreign land, is so important to the political survival of Najib Razak?

That my friends is the state of our nation today!

Do not talk about what the US Department of Justice is now doing. What the Singapore government has already done, ...and what other judicial investigations have been initiated by other sovereign countries against our nationals....just sit down and think about Sirul and Najib.

How is it that three sets of lawyers have been appointed to "help" him in Australia. Of course that word "help" is double edged....help to keep him in Villawood or help to get Sirul a protection visa to stay in Australia? Your guess is as good as mine....but after two years Sirul will not be granted a protection visa. So three set of lawyers (God knows who are paying these lawyers!) "helped" Sirul in what way? They have helped to keep Sirul behind bars so that he cannot talk! 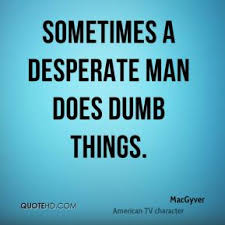 And going after Mahathir's children is dumb! You can call me names, throw sticks and stones at me....even denounce me as a mahafiraun....but touch my family and I will come after you with all the fury of a devil gone berserk. Enough said.