cakap cakap : Time has proven that these Sultans are just as corrupt and arrogant as those in Umno and BN. 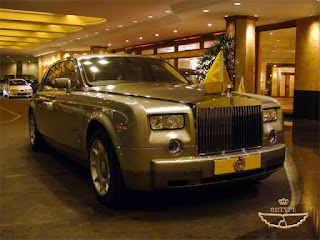 For those of you who are clutching at straws...do not put too much hope in what the Sultans or the Agong can do for you. After many generations you should know that what these Royals do, they do for themselves...not for the Malays ...certainly not for other Malaysians. We have long endured their immoral sexual hijinks, their voracious appetite for an ostentatious high life lived at our expense and for decades see them lead a life oblivious of their responsibility and duty as leaders of Islam, of the Malays, and other Malaysians. These Royals and their families are the epitome of bad behaviour and selfish indulgence done at their whims and fancies to the exclusion of good manners and grace.

Have we already forgotten the indulgences of the Johore Sultans before this present one? The Rakyat of Johore and others have long lived in fear of beatings, slaps, kicks and thuggish behaviour by their Sultans over such trivial issues as overtaking the Sultan car on a public road. We know of a few murders committed by Royalties in Johore and even Royals from other states gives Johore Royals a wide berth knowing that crossing their path invites the wrath of a Sultan who thinks that he is God himself in his state. 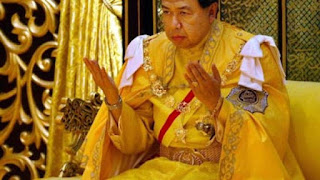 I can go on about the other Sultans in Pahang, Selangor, Perak, Kelantan and the other states but good manners tells me that if you have nothing to say about the dead...then better to be quiet. As for the Sultan of Pahang...google steadyaku47 and type in "Sultan Pahang" and there will be enough to read to keep you occupied for a few hours. The same goes for the current Sultan of Selangor whom I have just heard, got married for the third time. Tuanku, may this wedding last longer than the previous two.

Long story short....until such time as they are prepared to do without their Royal Purse provided to them at the Rakyat expense......I suggest that these Sultans will not even begin to think that they can hoodwink the Rakyat into thinking that they will be our saviour against the corrupt and arrogant Umno led BN government. ......for time has proven that these Sultans are just as corrupt and arrogant as those in Umno and BN.

Email ThisBlogThis!Share to TwitterShare to FacebookShare to Pinterest
Labels: Sultans